Glyphosate does not cause cancer, says EU committee 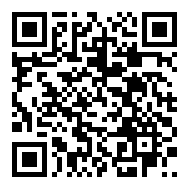 It is “not justified” to conclude that the herbicide glyphosate causes cancer, an expert committee inside the European Chemicals Agency (ECHA) has said, invoking widespread criticism from health and environmental campaigners.

“Based on a wide-ranging review of scientific evidence, the committee again concludes that classifying glyphosate as a carcinogenic is not justified”, the ECHA wrote in an opinion from the agency’s Risk Assessment Committee (RAC) on 30 May.

The statement comes as part of the EU’s current risk assessment process on glyphosate, which is among the most widely used herbicides in the EU but is also very controversial.

This assessment process is set to inform the bloc’s decision on whether to renew the contentious herbicide’s approval after the current approval expires at the end of 2022.

Whether glyphosate can be classed as a carcinogen, that is, whether it is a driver for cancer in humans, is one of the issues around the herbicide that are contested not only between stakeholders but also in the scientific community and between different public agencies.

For its part, the World Health Organisation’s International Agency for Research on Cancer (IARC) has previously evaluated the substance as “probably carcinogenic,” while the UN’s Food and Agriculture Organisation (FAO) has concluded it is “unlikely to pose a carcinogenic risk” to humans when consumed through their diet.

With its most recent assessment, the ECHA’s Risk Assessment Committee confirms its earlier verdict classing glyphosate as not carcinogenic. However, it reaffirmed that it can cause “serious eye damage” and is also “toxic to aquatic life with long-lasting effects.”

In a statement, the Glyphosate Renewal Group – the group of agrochemical companies which together are applying for the substance’s renewed approval – welcomed the RAC opinion and said it “remains committed to complying with all aspects of the ongoing EU regulatory process.”

However, health and environmental campaigners were less happy with the assessment, saying the agency had not taken all relevant evidence into account.

Angeliki Lyssimachou, a senior science policy officer at HEAL, the umbrella organisation of EU environmental and health associations, said the ECHA had dismissed the scientific arguments on glyphosate’s link to cancer brought forth “by independent experts.”

“The failure to recognise the carcinogenic potential of glyphosate is a mistake, and should be considered as a big step backwards in the fight against cancer,” she added.

“Once again, ECHA relied unilaterally on the studies and arguments of the industry,” the organisation’s Peter Clausing said in a statement, adding the agency had dismissed “a large body of supporting evidence”.

However, the ECHA stressed that the Risk Assessment Committee had “considered an extensive volume of scientific data and many hundreds of comments received during consultations”.

With the ECHA committee opinion concluded, it is now up to the EU Food Safety Authority (EFSA) to give its risk assessment.

However, even though the current approval of glyphosate expires at the end of this year, this is only expected to come in summer 2023 after the agency recently announced a delay in the assessment process due to an avalanche of stakeholder feedback.

Compared to the ECHA’s assessment, the EFSA’s report is set to be wider in scope, covering not only the risk classification of glyphosate as an active substance but also wider questions of exposure risks to health and the environment.

Source: EurActiv.com
Click to bookmark and build your agrochemical knowledge base
Print
ForwardShare