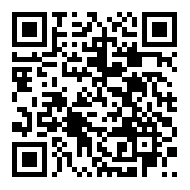 AgriCapture is working with rice farmers on over 20,000 acres  across Arkansas, Mississippi, Missouri, and Texas to implement regenerative practices on their farms to produce Carbon-Neutral Rice. Conventional rice farming is one of the largest sources of greenhouse gases in the world – emitting 2.1 billion tons of carbon dioxide equivalent annually. This is equivalent to burning one billion tons of coal.

Rice production emits more greenhouse gases globally per year than the entire aviation industry. The AgriCapture program is expected to reduce over 100,000 metric tons of GHGs each year, starting in 2022. "We want to build consumer awareness of the difference between purchasing Carbon-Neutral Rice with zero GHG emissions and rice that contributes to climate change with a massive carbon footprint," according to Sami Osman, President of AgriCapture. " It's very exciting to see several major rice distributors and restaurant groups join us in supporting our farmers in this way."

AgriCapture's Carbon-Neutral Rice leverages the AgriCapture Climate-Friendly Rice Standard which provides guidance on rice cultivation techniques. For example, the standard requires mulching stubble into the ground instead of burning rice fields after harvest, which is a common annual practice in the United States. By mulching rice stubble into the ground months before the next cultivation period as an alternative to stubble burning, rice farmers can abate as much as 3.6 metric tons of CO2e per acre.

Missouri farmer, Jarrett Lawfield says, "It is a lot easier to do the right thing by the environment if we are financially incentivized. The yields will be the same or more. It just takes more capital and effort. I am willing to do it."