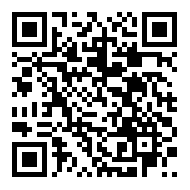 Combining biopesticides in a single spray could help growers target multiple pests more effectively. This article explores the findings of recent laboratory screens and a research review that aimed to advance understanding of the technique.

Biopesticides or bioprotectants are crop protection agents based on micro-organisms or organic compounds.

Such alternatives also include biocontrols, which are based on organisms that predate or parasitise pests.

As with many crop production innovations, most initial activity in biopesticide application was in horticulture – especially in the relatively controlled environments afforded by protected systems.

The demand from growers for robust information on biopesticide use led AHDB to invest in work to tackle the unique complexities associated with this relatively new frontier.

Due to their biological nature, biopesticide performance is influenced by many factors, including humidity, temperature and the specifics of the pest population – such as its size and growth stage of individuals. Another challenge is that biopesticides are relatively selective, with control often limited to one or few pests. To control a wider variety of pests, more sprays may be required – and this has financial, time, and, potentially, environmental implications.

For the last four years, a team at Stirling University has investigated this conundrum. Activity included a short project on the potential to tank mix microbial biopesticides that target different pests – with the final report due later this summer on the AHDB website.

This work warranted investigation because some research findings indicated that sprays based on more than one biopesticide could result in competition between the organisms and reduce their efficacy.

In the lab, the researchers grew tomatoes and aubergines (Figures 1 and 2) and infested them with either tomato leafminer (Tuta absoluta) or greenhouse whitefly (Trialeurodes vaporariorum).

The results were reassuring. In these tests, biopesticides were just as effective in combination as they were individually.

Tests included two combinations where both biopesticides targeted the same pest. This found no strong benefit associated with the ‘double-hit’ – insect mortality was no higher than the best product applied singularly.

Planned glasshouse-based trials will now test whether the good tank-mixing compatibility observed in the laboratory holds true under real-world conditions – but initial results are promising. Figure 2. The application of one of the biopesticide treatments on an aubergine plant in the laboratory

The researchers also conducted a literature review of tank-mixing strategies. They looked for evidence associated with the use of biopesticides (bacteria, viruses, fungi and nematodes) and biocontrol agents (such as parasitoid wasps).

This identified over 1,000 examples of related research, with the analysis surprising the researchers.

In general, insects simultaneously attacked by two pathogens or parasites were slightly more likely to die than when they only got a single infection. The double-hit effect was strongest when two very different pathogenic organisms were involved – such as a fungus and a bacterium.

Although it is not possible to predict what will happen in any given mix, the results suggest that biopesticide tank mixing may often work well.

Discussions with horticultural growers found that some already tank-mixed biopesticides, but none mixed microbial biopesticides to target more than one insect pest.

The research shows clear potential to increase the use of biopesticides in mixes. However, further trials are required before recommendations can be made.

While this project focused on protected horticultural crops, the results suggest that the use of multiple biopesticide products in open field settings could also be effective.

This article is based on information provided to AHDB by Matt Tinsley at Stirling University.

Source: AHDB
Click to bookmark and build your agrochemical knowledge base
Print
ForwardShare