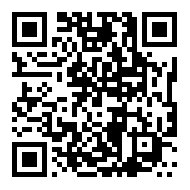 Favorites Print
ForwardShare
Jun. 17, 2011
The average English wheat yield in 2011 will be down by 14 per cent to around 6.5 tonnes per hecatre which would make it the lowest yields achieved since the late 1980s.

An NFU survey of members showed that both wheat and oilseed rape yield is likely to be significantly below the five-year average.

Area planted is thought to be similar to last year but wheat production may be much lower as a result of the severe drought pressure on crops this spring, the NFU’s combinable crops board chairman Ian Backhouse told journalists at the Cereals Event today.

Production could be down on the five-year average by around two million tonnes to below 12 million, representing a 15 per cent drop on the average of 13.738 tonnes, and even further down on the peak seen in 2008.

Mr Backhouse said the recent rain seen in some parts of the country would have done little to improve the situation as the damage had already been done in the spring.

He said the forecasted yields were down to poor growing conditions since winter. He said: “With the East of England experiencing its lowest rainfall for the first half of the year in more than 100 years farmers are very concerned about the impact on the ground of the abnormally dry spring.”

The NFU survey was weighted to include not only those areas which had suffered severe drought but also those which had experienced better growing conditions, giving a good overall picture of the harvest across the country.
View More