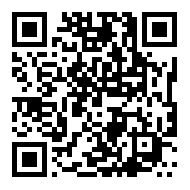 Favorites Print
ForwardShare
Jun. 17, 2011
The price for sugar beet is set to rise by £4/tonne in 2012, NFU sugar board chairman William Martin has revealed.

Britain’s 3,500 sugar beet growers will receive £27.53/tonne from British Sugar for contracted sugar beet next year, a significant increase on this year’s figure of £23.60.

Mr Martin said there were three drivers behind the increase. Higher costs of production account for £1/t, higher wheat prices for a further £2/t, reflecting the higher value of pulp ad the incentive fior growers to switch to wheat, with currency accounting for the remaining £1/t.

"The really good news is that this is showing that the model is working. Circumstances are different so prices change,” he said.

"Growers should have confidence because this also shows what British Sugar have said about sugar beet being a crop that offers a competitive margin in the long run is going to happen,” he said.

British Sugar has also formalised the contract for beet grown for ethanol, which until now has been supplied on a temporary tonnage often in the form of surplus beet. Sugar beet growers will have the option of providing sugar beet for this market at £26.50/t next year. The first opportunity to take advantage of this will go to existing growers.

Mr Martin also announced that British Sugar will issue an additional 2.5 per cent of contract to each of its growers when the contracts are sent out in July to help ensure it meets its quota next year when.
View More