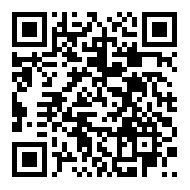 The production and use of microplastics intentionally added to controlled-release fertilizers and pesticides should be prohibited, a report from the advocacy group Center for International Environmental Law (CIEL) concludes.

Agrochemical producers use microplastics to encapsulate and slow the release of nutrients and active ingredients in their formulations. For controlled-release fertilizers, manufacturers often use a polymer material such as polyolefin or polyvinylidene chloride as a coating, according to the report. Similarly, pesticide makers often use hollow, micrometer-size spheres made from polyureas or other polymers to encapsulate active ingredients.

Data on the amount of microplastics used by agrochemical producers are scarce, and global estimates vary widely. But the use of polymer-coated fertilizers and pesticides is rising. Agrochemical companies are now marketing the controlled-release properties of their products as “sustainable, climate-friendly agriculture,” the report finds.

The United Nations Food and Agriculture Organization estimated last year that about 100,000 metric tons of plastic are used in fertilizer coatings annually worldwide. That figure is likely a gross underestimate, according to the CIEL report, which highlights data from large nitrogen fertilizer producers. One company alone, Nutrien, produces 400,000 metric tons of polymer-coated fertilizer annually.

“As one of the most direct and preventable sources of microplastic pollution, and as a contributor to the climate crisis, microplastics must be banned from agricultural use,” CIEL president Carroll Muffett says in a statement. Short of a ban, regulators need to collect data on the use and health effects of microplastics deliberately added to agrochemicals, the report says.