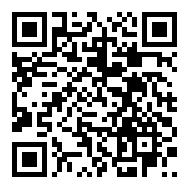 The registration for the insecticide Ohkami (Tolfenpyrad), from Sipcam Nichino, was extended to 11 more crops in Brazil to manage a pest that is difficult to control: the cruciferous moth (Plutella xylostella).

According to the manufacturer, the product had already reached representative levels of commercialization and showed proven effectiveness in controlling the tomato leafminer (Tuta absoluta).

The agronomist Eric Ono, a researcher at Sipcam Nichino, says the cruciferous moth feeds on ‘brassic’ leaves such as broccoli, cabbage, cauliflower, kale, and others. “It causes deterioration in visual quality and thus generates consumer rejection of vegetables at retail,” Ono said.

According to him, the cruciferous moth “can reproduce quickly, in large numbers. Moreover, attempts to manage it through frequent insecticide applications lead to the selection of populations resistant to the products. Failures in pest control result in increased production costs and potentially increase the risk of insecticide residues accumulating in food at levels above permitted standards.”

The researcher adds that the development of the Ohkami insecticide by Nichino of Japan aimed at managing highly problematic pests, such as the tomato moth and the cruciferous moth.

“Ohkami has a new molecule and a new mode of action. The insecticide acts by contact and ingestion of caterpillars. Additionally, it controls eggs (ovicidal action) and prevents the oviposition of fertile eggs by moths (transovarial action). It is a differentiated product, which helps in integrated management strategies by breaking the moth development cycle.”

“In research work, we found that Ohkami is an excellent moth killer,” continued Eric Ono. “The basic technology of the insecticide can eliminate the pest before it causes damage to crops.”

According to the researcher, as the active ingredient of Ohkami has not yet been exposed in the crops for which the product is registered, the possibility of finding populations resistant to the insecticide is low. “We expect that the acceptance of the product for the new crops will be as representative as the one we obtained from tomato growers right after the launch,” he explained.

Also according to Eric Ono, Ohkami gives the producer a short grace period. “This relevant differential allows applications up to seven days before the harvest of broccoli, cauliflower, kale, and cabbage, for example,” he said in conclusion.