KingAgroot officially releases 3 patented herbicidal compounds and their common names, expected to be commercialized around 2025 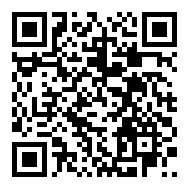 This indicates that the development of the third wave of KingAgroot’s patented compounds has officially emerged from the R&D pipeline to commercialization, and these products are expected to be registered and launched in China around 2025.

KAI-172402, the newest DOXP-inhibiting herbicide with both foliar and soil activity, is suitable for many crops such as wheat, rice, soybean, cotton, garlic, peanut, watermelon, oilseed rape, cabbage and various crops. It has selectivity for a wide range of crops and flexibility in subsequent crop planting.

KAI-162573, the newest PPO-inhibiting compound, is a contact non-selective herbicide with ultra-high activity. Only several grams per mu is needed to achieve excellent activity against resistant horseweed (Erigeron canadensis) and goosegrass (Eleusine indica). As the newest burndown herbicide, this compound is characterized in low temperature tolerance, broad spectrum and void of weed resistance. The compound is also applicable to crops with PPO-resistant traits, and therefore it is a powerful resistant weed management solution.

The commercialization of KAI-172402, KAI-162573 and KAI-177022 will offer more thorough, safe and efficient weed management solutions to global farmers, thus effectively saving the cost of crop planting and contributing to yield sustainability, agricultural production growth and world food supply. By doing this, KingAgroot is taking a solid step in becoming the engine of global agricultural biotechnology innovation.

So far, KingAgroot has commercialized four patented compounds, namely Cypyrafluone, Bipyrazone, Tripyrasulfone and Fenpyrazone. In April 2022, another three novel patented compounds KAI-141012, QYNS101 and QYR601 granted for registration in Cambodia. That’s the first registration of these three compounds globally and they are expected to be commercialized successively in China from the end of 2022 to 2024.