China’s LongPing to release sorghum seeds for Brazil next year 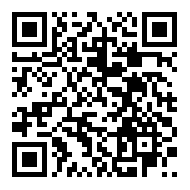 The company, which focuses primarily on corn seeds, is also working to adapt a Chinese soybean seed to Brazilian conditions that could be released for the 2025/2026 growing season, the executive said.

LongPing’s plans for the Brazilian market, where it sells products under the Morgan and Forseed brand names, mean fiercer competition from rivals such as Bayer and Corteva.

LongPing’s Brazilian unit already oversees its international operations in the United States, Paraguay, Argentina and Chile, among others, he said.

The company, which is dedicated to the development, planting and packaging of seeds, has two industrial facilities in Brazil.

Last week, LongPing announced investments of some 500 million reais ($99 million) to increase its presence in Brazil.

"Internally, we say we are doing in one-and-a-half-year something that needs 10 years to get done," Sgarbossa said.