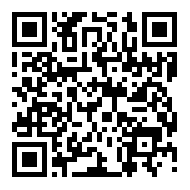 Parijat Industries (India) Pvt Ltd, announced the formal launch of its patented insecticide Velektin, to tackle lepidopteran pest segment in a spectrum of important crops including Cotton, Maize and Chilly for farmers in India and International markets. Parijat's Velektin is the first insecticide formulation in India to be granted a permanent registration for control of Fall Armyworm in Maize crop by the Central Insecticide Board.

International registrations have already been filed in cotton growing countries of West and East Africa including Tanzania, Ivory coast and Mali and Ethiopia with registration expected to come through in 2022 and 2023. The product has already received provisional registration for use on maize in Myanmar. Velektin is a powerful BlueTriangle combination, formulated as a water dispersible granule that offers effective, reliable, and broad-spectrum pest management. With its dual mode of action and superior ovi-larvicidal effect, Velektin provides longer duration control over target pests, such as Fall Armyworm (Spodoptera frugiperda) in maize, fruit borers - (Helicoverpa armigera) in chilly. Better solubility and ease of application of Velektin will also benefit the farmer.

Velektin will potentially open very extensive markets in India. According to ICAR- Indian Institute of Maize Research. Maize covers an area of 9.07 million hectares. On the other hand, Chilly covers 11.9 million hectares and Cotton cover areas of 12.43 million hectares in India. Velektin will also form an important element of an integrated pest management approach for Pink Bollworm in cotton as a preventive measure at the early stages of pest attack. One of the four major pest of maize is the Fall Armyworm which was first reported in maize crop in 2018 in Karnataka and has since then spread across various states in India infesting on crops like maize, sorghum and finger millet."

Uday Anand, Chief Operating Officer at Parijat Industries India Pvt Ltd says, "Parijat has focused on building a formidable Scientific Research and Development infrastructure over the last decade in both Technical and Formulation manufacturing. This strength coupled with our backward integrated manufacturing capability is enabling introduction of a pipeline of technology driven product for Agriculture." Velektin will open a large international market for Parijat in several crops on different continents.

Parijat Industries (India) Private Limited, is a backward and forward integrated Technical to final formulations manufacturing agro-chemical company with its manufacturing base for formulations in Ambala, Haryana and technical in Cuddalore. Parijat has an extensive global presence with product registration in over 60 countries across 5 continents.