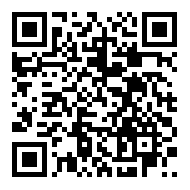 Brazilian farmers increased their investment in crop protection last year, and the result was a 12.1% increase in the area treated with agrochemicals, Sindiveg (National Union of Plant Defense Products Industry) informed AgroPages first-hand.

As the Brazilian grain crop for the 2021/2022 season is estimated at 269.3 million tons, representing an increase of 5.4% from the previous harvest, pesticide application grew mainly due to the increase in pests, diseases, and weeds more and more difficult to control.

“Treated area statistics represent an important indicator to measure the effective contribution of the crop protection industry to the protection and defense of crops and show that the producer has increasingly invested in technology and prevention against pests, diseases, and weeds,” explained Julio Borges, President of Sindiveg.

“The growth in the planted area proves the commitment of Brazilian farmers to increase food production to meet growing domestic and global demand. For this, the pesticide industry does not measure efforts, increasing the supply of new products and effective technologies and expanding financing in the field,” he added. Another factor responsible for the growth of the treated area involves the constant increase in phytosanitary challenges, with the expansion of pests, diseases, and weeds that are difficult to control. Sprays against leafhoppers, for example, increased by 98%. Applications against whitefly and bed bugs increased by 29% and 25%, respectively. Farmers also used more protective fungicides (+18% in 2021).

In 2021, the crop protection industry faced severe problems related to an increase in the exchange rate, shortage of raw materials from China, delays in deliveries, rising sea freight costs, and consequent pressure on costs.

As a sector considered essential for the population's food security, the pesticide industry needed to review its strategies and processes, so those rural producers did not lack agricultural inputs. However, occasional shortages and only some specific products, occurred due to the global logistical problem.

As if the adverse external conditions were not enough, agriculture also faced climatic challenges last year, such as severe drought in parts of the Midwest, Southeast, and, especially, the South. It should also be noted that Brazil's tropical climate is perfect for insects, fungi, and weeds to spread more quickly.

“We have the gift of having more than one crop per year and the challenge of controlling the persistent attack of pests and diseases. One year is more severe than the other. Temperate countries do not face this problem, mainly due to low temperatures and snow, which make it difficult for pests to spread,” Borges explained.

It is essential to highlight that these phytosanitary problems can represent a drop of up to 40% in agricultural production – equivalent to about 100 million tons per year. “All crops suffer from the attack of pests, fungi, and weeds. Therefore, the effectiveness of its control is essential for Brazil to maintain the high level of production and productivity in the field,” the president of Sindiveg emphasized.

"The survey commissioned by Sindiveg shows that 46% of the treated area received applications during the traditional soybean sowing period between October and December 2021. The second most important period was the first quarter, with 30% of the applications, an important moment for planting corn", Borges informed. In terms of the volume of pesticides used, there was an annual growth of 9.4%, from 1.081 million tons to 1.183 million tons.

The market value of pesticides effectively applied by farmers increased by 17.4% in 2021, from US$12.485 billion (2020) to US$14.655 billion (2021). Soybean represented 53% of the total value, with US$ 7.779 billion, while corn participated with 13% and sugarcane with 9%. “This investment has been important to ensure the success of Brazilian agriculture, responsible for R$ 768.4 billion in Gross Production Value in 2021, according to the Ministry of Agriculture, Livestock and Supply (MAPA)", says Julio Borges.

“In an extremely challenging year, with difficulties in acquiring raw materials and logistical problems, the industry fulfilled its role and met the demand of rural producers. It worked to avoid the lack of inputs for food production and contributed to the generation of income and employment in the countryside,” the Sindiveg president said in conclusion.