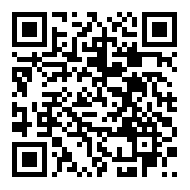 The Bayer Group had a very successful start to 2022. “We achieved outstanding sales and earnings growth, with particularly substantial gains for our agriculture business,” said Werner Baumann, Chairman of the Board of Management, on Tuesday as he presented the quarterly statement for the first quarter of 2022. “Our forecast going forward this year remains confident despite the great uncertainties, including the stability of supply chains and energy supplies, and we confirm the currency-adjusted outlook for the full year published in March.” Sales at Crop Science increased significantly in the first quarter of 2022, rising by 21.6% (Fx & portfolio adj.) to €8,447 million thanks to substantial price and volume growth. Bayer Crop Science achieved double-digit percentage growth in all regions.

EBITDA before special items at Crop Science increased to €3,669 million in the first quarter of 2022 (Q1 2021: €2,448 million), driven mainly by higher prices. We also benefited from higher volumes, as well as contributions from ongoing efficiency programs. By contrast, earnings were diminished by an increase in costs, particularly in the cost of goods sold, which was mainly due to high inflation. We recorded a positive currency effect of €98 million (Q1 2021: minus €252 million). The EBITDA margin before special items increased by 6.6 percentage points to 43.4%; currency effects had a dilutive effect of 0.8 percentage points.

EBIT amounted to €3,028 million (Q1 2021: €1,753 million), including special gains of €45 million (Q1 2021: special charges of €52 million). These primarily related to provisions in connection with the Roundup™ litigation as part of the glyphosate litigations.

Source: Bayer
Click to bookmark and build your agrochemical knowledge base
Print
ForwardShare