Agrochemicals for sugarcane fall in Brazil 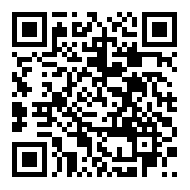 The agrochemicals market for sugarcane registered a fall of 9% in dollars in the 2021 fiscal year to US$1.26 billion, compared to $1.38 billion in 2020, according to a survey by Spark Smarter Decisions Consulting, which AgroPages had first-hand access to.

The Business Intelligence Panel (BIP) study concluded that this result resulted from the 21% devaluation of the Brazilian currency during the harvest in terms of average dollar at the time of purchase of inputs. In real terms, sales rose 15%, from R$5.88 billion to R$6.78 billion. According to the BIP, sugarcane is currently the third largest crop in terms of revenue for the crop protection sector, with an 11% share. According to Spark, the crop’s culture moved $11.8 billion in 2021, a 10% decline compared to 2020 at $13.04 billion.

The Spark survey revealed that there was a reduction in the movement of the US currency in almost all categories of agrochemicals for sugarcane. Only the fungicides segment, third in economic importance, showed a positive performance, rising 9.5% compared to 2020, from $42 million to US$46 million. In second place among sugarcane agrochemicals, insecticides accounted for 34% of total crop movement in 2021, according to Spark. “In the evaluation of treated areas, such products had an average increase in the adhesion of producers of around 10% per year from 2017 to 2021, rising from 14.939 million hectares to 21.517 million hectares,” Leite stressed. The segment is expected to remain heated in the coming harvests. “The control of sugarcane borer, a pest of high severity, should push up the insecticide sector, including products of the biological matrix,” Leite noted.

“The borer management corresponded to 52% of the treated area and 22% of the insecticide segment in the 2021 crop, at around US$110 million. Also noteworthy were products for nematodes, soil pests (sphenophorus, termites and migdolus) and leafhoppers,” he further added. 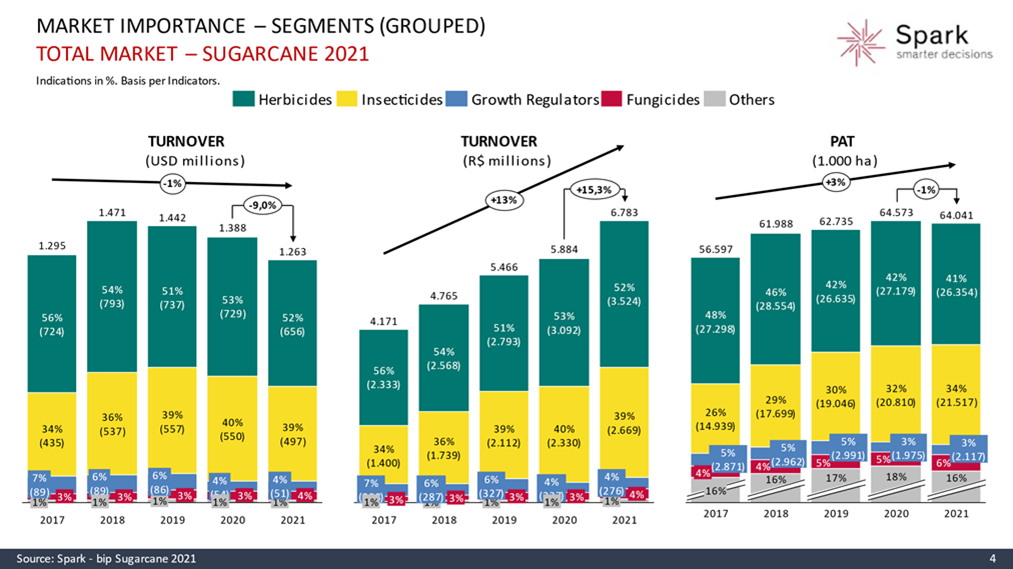 Herbicides continue to lead the products most demanded by producers for protecting sugarcane crops, with 52% of total sales or $656 million. Leite said amount includes a 10% drop compared to 2020 at $729 million.

Also, according to the BIP Spark Cana, growth regulators, which share the third position among the most applied agrochemicals in grass with fungicides, with 4% of the market, moved $51 million in 2021 compared with $54 million in the previous crop, minus 4%. Other products covered by the survey, adjuvants, pH reducers, inoculants, oils, and others, totaled 1% or $12 million.

According to Leite, the BIP Spark Cana 2021 resulted from more than 500 face-to-face interviews involving producers, segmented into mills and raw material suppliers. Around 230 municipalities were visited from October to December 2021. “This collection model captures all the management undertaken by producers throughout the fiscal year,” he said.