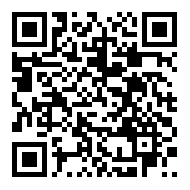 The nutrients are sprayed into the roots in the form of misting through the Aeroponic. The Plant’s upper part remains in the open air and light. An average of 35 to 60 Mini Tubers (3 to 10 Grams) are obtained from one plant. Since, soil is not being used, there are no soil diseases and the Aeroponic System saves two years in the development of breeder seed as compared to the conventional system. To ensure the potato seed’s availability, the technology has been commercialised with 20 firms in eight states.

The Chief Guest, Narendra Singh Tomar, Union Minister of Agriculture & Farmers’ Welfare asserted on the Central Government’s dedication to ensure the timely supply of the quality and certified seeds to the farmers.

Tomar stated that the ICAR Institutes develop the technologies for their respective areas.

The Guest of Honor, Bharat Singh Kushwaha, Minister of State (Independent Charge), Horticulture & Food Processing Department, Government of Madhya Pradesh hoped that the latest and unique technology will help to meet the requirements of Potato Seeds and enhance its production in the state. Mentioning Madhya Pradesh as the 6th Largest Potato Producing State of the country, Kushwaha underlined the significant role played by Malwa in the potato production.

The minister stated that Madhya Pradesh has emerged as an ideal destination state for potato processing in the country. He also underlined that Indore City alone is contributing for around 30 per cent potato production of the state. The minister accentuated that the licensing will play a crucial role in helping the farmers in the potato crops’ production to a large extent.

E Ramesh Kumar, Horticulture Commissioner, Horticulture & Food Processing Department, Government of Madhya Pradesh stated that the technology having the production capacity of one million mini tubers will help to meet the state’s seed requirement of about 4 lakh tonne.