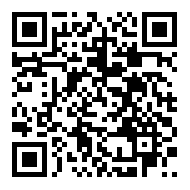 Syngenta Group has announced strong results for the first quarter of 2022. First quarter sales increased to $8.9 billion, up 26 percent. First-quarter EBITDA for 2022 increased 25 percent to $1.9 billion.

Syngenta Group China delivered strong growth with total sales of $2.4 billion in the first quarter of 2022. MAP revenues more than doubled to $650 million and continued to expand to 514 centers (149 new centers from end of Q1 2021) across China, with average MAP center sales up 57 percent year on year, serving farmers with solutions that increase yields and reduce greenhouse gas emissions.

Syngenta Group managed its supply chains in the face of procurement and increasing logistics challenges to meet grower needs. Procurement, logistics, energy and other operating cost increases and negative currency effects were offset by productivity improvements and higher selling prices across all businesses.

Synergy-driven sales increased by more than 140 percent in Q1 year on year to more than $0.3 billion, with a profit contribution that tripled to $0.1 billion in the quarter.

In the first quarter of 2022, Syngenta Crop Protection sales grew 25 percent to $4.2 billion.

In Indonesia, Syngenta Crop Protection launched NELVIUM™, a pheromone based biological to control pests in rice.

In El Salvador, the first regulatory approval was achieved for TYMIRIUM® technology which provides long-lasting protection against a broad spectrum of nematodes and diseases across all major crops.

In Canada, ADAMA launched ZIVATA™, a broad-spectrum insecticide based on a plant-based formulation.

Agrisure Viptera®, which provides superior protection against lepidopterans, some of the most prevalent pests for corn, received approval for use in South Africa.

ADEPIDYN® technology received an award from China’s Ministry of Agriculture and Rural Affairs for helping farmers in China. It requires about 30 percent lower quantity while increasing yields by 18 percent on average.

Syngenta Group China’s innovative Smart Irrigation and Fertilization Integrated Solution strengthened its position. The solution reduces labor up to 90 percent while improving the efficiency of both irrigation and fertilization by up to 50 percent.