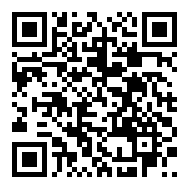 Syngenta India to use AI, drones to expand outreach of crop protection products

This article was written by Pooja Yadav and was originally published on agrospectrumindia.com

Today, satellite-driven technology, big data analytics and digital solutions are helping farmers in many countries including India to make better and more informed cropping decisions. Drones have become one among the most promising emerging technologies. However, the benefit quotient of these airborne unmanned tech can be expedited by some swift and pragmatic governmental interventions. According to a report published by Allied Market Research, the global agriculture drones market size was valued at $0.88 billion in 2020, and is projected to reach $5.89 billion by 2030, registering a CAGR of 22.4 per cent from 2021 to 2030. Keeping these stats in mind, let’s delve deeper.

Even though the Agri-drone sector in India is at a very nascent stage, the future looks promising as there are many key players like Bayer, CropLife India, BharatRohan, Dhanuka, among other players, entering the Indian market to expand the use of drone technology. Recently, the Government of India has introduced new rules and regulations pertaining to drones which has made operations easier for the drone companies.

The policy on Kisan Drones will significantly boost the Agri Drone Industry in India with grants, subsidies, and research opportunities. Apart from its advantages and benefits, the drone industry faces bigger concerns like labour shortage, proper training of operators, use of Personal Protection Equipment (PPE) and cost aspect which restricts the industry from adopting this technology. All these concerns call for looking at this technology in a more comprehensive way.

Can drone industry flourish in India?

According to a report by the Federation of Indian Chambers of Commerce and Industry (FICCI) and global consultancy firm, EY, Indian unmanned aerial vehicle (UAV) market is expected to touch $885.7 million by 2021, while the global market size of drone is pegged at $21.47 billion. Currently India is the 5th largest importer of drones. In the past few years, use of drones in agriculture has gained a lot of attention in digital space and precision agriculture is the need of the hour. There is an immediate need for the agricultural sector to adopt leading-edge digital and precision agriculture technologies to improve farm productivity and democratise access to market information for all farmers in India. Drone technology can potentially revolutionise the farming industry through need-based precise and focused application of crop inputs.

As pointed out by Rishabh Choudhary, Co-Founder & CTO, BharatRohan, “We have a population of 1.3 billion people which is projected to reach 1.6 billion by 2050 and we must find ways to meet the increased food demand without modifying natural resources. Still, an average Indian farmer loses 20-25 per cent of his crop due to pests, diseases, and various other ecological factors. Precision agriculture can help farmers make better informed decisions while helping them with sustainable farming practices and increase their profit per acre. Drones are very versatile and can help us understand the state of crops at centimetre level precision with high efficiency and low cost and can also help farmers spray chemicals at a much faster pace.”

He further said, “Rise in venture capital funding for the deployment of drones in the agriculture industry and surge in adoption of precision farming solutions by the farmers drives the growth of the agri drone industry. The increase in the automation industry in farming and agriculture provides abundant growth opportunities for drone’s application in the agriculture sector.”

With the market for agricultural drones reaching a whopping $1.3 billion globally, the purpose of adopting drone technology is to focus n accurate and reliable information. For which, industry players and the government of India are working keenly towards drone adoption technology in the country. As mentioned by Choudhary, “Recently the Government of India came up with new Drone rules and regulations which has made operations easier for the Drone companies and Policy on Kisan Drones will significantly boost the Agri Drone Industry in India with grants, subsidy and research opportunities provided by the government. Agri drones will be the future of India. Drone startups can use this opportunity to accomplish better technological capacities. It is also a pushing for public-private partnerships for high-tech farm services in which drone technology will be a major player. All these efforts would not just encourage farmers to switch to digital and mechanised farming but also boost growth in the agribusiness sector and create more employment opportunities for youth.”

In another initiative, the Union Finance Minister Nirmala Sitharaman proposed extensive use of drones in agriculture, including spraying insecticides and nutrients. The proposed drones-as-a-service (DRaaS) model has capabilities to revamp and boost India’s fragmented drone industry for new business and employment avenues. In her budget speech, the minister spoke about the Drone Shakti scheme, encouraging drones as a service in our country. Undoubtedly, drones have evolved from defence only equipment to multi-purpose equipment, which can be used for several sectors like governance, farming, logistics, to name a few.

Furthermore, the Drone Federation of India (DFI) has recently granted interim approval to 477 pesticides for drone usage, to fast track agridrone adoption in India. For this, each pesticide needs to be approved by the Central Insecticide Board and Registration Committee which would take 18-24 months. The registered pesticides will include insecticides, fungicides, and plant growth regulators (PGRs), for commercial use throughdrones for two years.

How cost effective is it?

The first and foremost issue that is faced by this industry is the cost aspect of drones. As highlighted by Navneet Ravikar, Chairman &Managing Director, Leads Connect Services, “Possibilities of a phenomenal thrive in the Agri Drone industry is imminent regardless of the challenges it may face due to the requirement of change in the mindset of the stakeholders. First and foremost, the issue is regarding the cost aspect of drones. There is apprehension that this may either discourage or create doubts in the minds of the farmers.”

Consideration of cost aspects should now be in the context of long-term returns. Especially when there is a looming threat of climate change and shrinking arable land on agricultural productivity.

Intervention of technology is now indispensable to increase agricultural productivity, which will certainly help in recovering the cost of implemented technologies. There is a need to work on possibilities where financial assistance can be given to farmers or Farmer Producer Organisations (FPOs) for adopting advanced technologies. The government has already announced a huge subsidy on drones being purchased by FPOs.

To boost the agri-drone industry in India, many key players have stepped up with initiatives that have helped farmers exponentially. Delhibased agritech startup BharatRohan Airborne Innovations has helped 3600 mint farmers in Uttar Pradesh to save around Rs 3620 per acre. Choudhary said, “BharatRohan is currently serving 20,000 acres of the land owned by farmers spread across Uttar Pradesh, Rajasthan and Gujarat. We incentivise farmers who implement our sustainable crop advisories to farmers associated with industrial buyers who are looking for traceable farm produce and ingredients. We have thorough experience in working with crops like Sugarcane, Japanese Mint, Paddy, Potato, and some seed spices and pulses.”

He further pointed out, “By using drone technology, we can optimise wastes as Agri drones enable optimum usage of all the resources in the field. We use UAV/Drone based hyperspectral imagery for agri-advisory and drone based digital soil testing. We deploy advanced remote sensing tools like drones equipped with Hyperspectral Cameras to monitor the agriculture crops of the subscriber farmers on a 7 to 15-day interval. Thereby replacing the guesswork of traditional practices with scientific advisory. Hyperspectral imaging is a tool that helps them detect minuscule colour changes occurring in a plant when it is infested by a pest or a disease.” The startup has recently raised seed fundinginvestments in a round led by Upaya Social Ventures and Acumen Fund, to expand its dronebased crop monitoring in Rajasthan and Gujarat. Furthermore, with the central government giving impetus to ‘Kisan Drones’, drone startups as well as large industry players like Mahindra Farm Equipment Sector and CropLife are putting together their agri drone strategy.

There has been an exceptional collaborative and consultative fast paced policy making process led by the Government with stakeholders’ involvement, preceding the Budget announcements for Krishi Drones. CropLife India was closely involved in development of the drone application Standard Operating Procedure (SOP) and Guidelines for use of Drone application for crop protection, as part of the expert committee set up, and shared best practices across Asian countries.

Sharing his insights on this, Asitava Sen, Chief Executive Officer, CropLife India said, “The government is already playing a facilitator’s role with progressive policies, subsidy schemes and production-linked incentives to make India a major hub for drones.” He further said, “We should now look into how all stakeholders can work together to help develop a Conducive Ecosystem for Drone Applications in Agriculture. The objective forevery stakeholder should be market development through farmer awareness, successful demonstrations and evolving innovative business models. There will be plenty of scope for improving market share later.”

Not only this, but Prime Minister Narendra Modi has recently launched Kisan Drones at 100 places across the country from Manesar. “I am sure this launch will not only prove to be a milestone in the development of the drone sector but will also open endless doors of possibilities. I am also told that Garuda Aerospace has set a target of making one lakh ‘Made in India’ drones in the next two years. This will generate new jobs and new opportunities for several youngsters. I congratulate the team of Garuda Aerospace,” said PM Modi.

According to the PM, the Kisan Drone is now the beginning of a new age revolution in this direction. In another step towards realising a collective vision of an Atmanirbhar Bharat, the Central Government has also approved the ProductionLinked Incentive (PLI) scheme for drones and drone components.

In another step towards realising a collective vision of an Atmanirbhar Bharat, the Central Government has also approved the ProductionLinked Incentive (PLI) scheme for drones and drone components.