CEO Werner Baumann at the Annual Stockholders’ Meeting: “Bayer is on the right track” 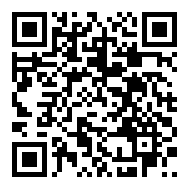 The Bayer Group was operationally and strategically successful in 2021. “We achieved a lot, and there is a lot of good news to report as regards our operational performance, innovation power and sustainability. Bayer is on the right track,” said Werner Baumann, Chairman of the Board of Management, at the company’s virtual Annual Stockholders’ Meeting in Leverkusen on Friday. Bayer has also got off to a very successful start to 2022, he added. “In the agriculture business in particular, we see a much more positive market environment than in previous years. We believe the strategic alignment of our company has proven to be the right one. That is also true when it comes to our societal relevance. People will be able to count on Bayer to support the global food supply. We are guided by our vision ‘Health for all, hunger for none.’ And we have still been able to successfully manage our business under these difficult conditions as well,” Bayer’s CEO reported in reference to the war in Ukraine.

Bayer had originally announced that 2021 would be a year of transition, but the company exceeded the Group forecast even after raising it twice. Sales advanced to 44.1 billion euros. EBITDA before special items fell by 2.5 percent to 11.2 billion euros. Bayer was able to largely offset an increase in the cost of goods sold – partly inflation-related – as well as significant currency headwinds. Core earnings per share from continuing operations of the Group rose by 1.9 percent to 6.51 euros. As Bayer is maintaining its dividend policy of distributing between 30 and 40 percent of core earnings per share, the Board of Management and the Supervisory Board have proposed to the Annual Stockholders’ Meeting that a dividend of 2.00 euros per share be paid for fiscal 2021.

Baumann joined Supervisory Board Chairman Norbert Winkeljohann in thanking the company’s employees around the world. “They are the ones who achieved and enabled all of this. They did so with the tremendous passion and motivation that make our Team Bayer what it is.” However, Baumann was not satisfied with the performance of Bayer’s share price in 2021. “Nonetheless, the situation has improved in recent months. Since the beginning of the year, the price of our shares has increased more than 30 percent! That is by far the best performance among DAX and EuroStoxx 50 companies during this period!”

“Food security is under massive threat in many countries”

Baumann expressed his concern about the consequences of the war in Ukraine. “Bayer stands with the people of Ukraine,” he said, explaining that this is why the company is helping refugees, for example, and has donated both medical and seed products at the request of the Ukrainian government. A lot depends on a functioning agriculture sector in Ukraine, he added. “That’s because this war in the breadbasket of Europe is exacerbating an already tense situation in the global food supply.” The World Food Program of the United Nations normally procures about half of the food it distributes to the world’s poorest people from Ukraine.

“It is already clear that this war will also impact countless victims outside the battle zones. Food security is under massive threat in many countries, particularly in the Arab world and many parts of Africa. In many countries, food is becoming much more expensive. We are already seeing that today. But the situation is even worse in countries where people literally can no longer afford their daily bread if prices double,” said Bauman. “As a leading agriculture company worldwide, we bear a special responsibility here that we want to live up to.”

First, Bayer plays an important role in securing the short-term supply of food in the affected regions, Baumann said. For example, he explained, around half of Kenya's cereal harvest is secured with Bayer products. Second, the company focuses on maintaining global agricultural supply chains. And third, Bayer is supporting the extremely critical role that smallholder farmers play in feeding the world, continued Baumann, emphasizing that they account for about 80 percent of all available food products in many developing countries. “Since 2019, part of our sustainability strategy has explicitly focused on that customer group, and we now reach 50 million smallholders worldwide.”

“We are optimistic about the future”

“In the long term, we need more innovation in farming to satisfy the significant demand for both productivity and sustainability,” said Baumann, looking ahead. As regards the company’s prospects, he emphasized, “We are optimistic about the future. And we are investing in the future.” Baumann stressed the remarkable success story of Leaps by Bayer in this connection. He explained that since its founding in 2015, the unit has invested more than 1.3 billion euros in some 50 biotech firms in order to focus on technologies with the potential to make truly fundamental progress in people’s lives. Over the next three years, Leaps by Bayer will invest the same amount into such visionary research in truly vital issues in health care and agriculture as it has over the past seven years. “We are doing this so that we can keep growing and outperforming in the future,” said the Management Board Chairman. “Of course, that is also associated with uncertainties and requires perseverance. It is our alignment in three specific businesses that makes this perseverance possible.”

Bayer is also clearly committed to Germany as a base of operations in the future, as evidenced by the new concept for the future on which the company and the works council have agreed. “Bayer is at home all around the world, but we also know where we come from,” Baumann stressed. Thus, over the next three years, the Bayer Group will invest about one billion euros in its German pharmaceuticals production.

For the full year, Bayer expects the good growth in its businesses and the positive performance to continue. However, the consequences of the war in Ukraine are currently still unclear. “Our stated goal now is to remain on course,” Baumann remarked. “With our consistent focus on health and nutrition, this crisis demands that we contribute to providing people with basic needs. We intend to live up to this responsibility – and even under these circumstances I am confident of a very successful fiscal year.”