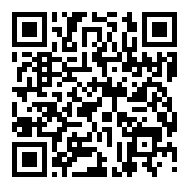 "FMC delivered a strong first quarter driven by robust demand, proactive pricing actions across all regions as well as our responsive supply chain," said Mark Douglas, FMC president and chief executive officer. "Raw material, packaging and logistics availability as well as rising input and labor costs continued to be substantial headwinds, exacerbated by renewed COVID disruptions in China and the war in Ukraine. However, strength in global agriculture and our focus on pricing actions helped FMC more than offset these challenges."

FMC revenue growth was driven by an 8 percent contribution from volume and an 8 percent contribution from price, offset partially by a 3 percent headwind from foreign currencies, especially in EMEA. The strong volume growth was in part due to supply uncertainty in the industry, which resulted in customers placing orders in advance to secure material.

Latin America sales grew 31 percent year-over-year in the quarter, driven by robust volume growth in soybean, corn and sugarcane as well as price increases and a 6 percent currency tailwind. The region's results were also driven by selective herbicide and insecticide growth along with strong pricing actions in Brazil. Additionally, Argentina and the Andean countries saw double-digit growth in the quarter.

In Asia, revenue increased 2 percent year-over-year in the quarter. Growth was driven by price increases and strength in Australia and ASEAN countries offset by reduction in rice acres in India and unfavorable FX of 3 percent for the region in the quarter.

Sales in EMEA grew 11 percent organically versus prior year period and was flat including FX impact from the weakening of the Turkish lira, the euro and other European currencies. Sales growth was primarily driven by strong pricing actions across the region as well as demand for products such as Rynaxypyr™ active ingredient for corn and top fruit and herbicides for sunflowers.
Globally, Plant Health continued its growth momentum with biological product line sales growing 15 percent in the quarter compared to previous year.

FMC first quarter adjusted EBITDA was $355 million, an increase of 16 percent from the prior-year period. This increase was driven primarily by pricing gains across all regions and volume gains led by Latin America and North America. The favorable price and volume gains more than offset significant cost inflation, as well as currency headwinds.

"Considering our Q1 outperformance combined with Q2 guidance, FMC remains on track to deliver robust first half revenue and EBITDA growth, despite persistent costs and FX headwinds. We expect costs will keep increasing in the second quarter but will be offset by solid volume growth and pricing actions. FMC continues to meet our customer's demand despite supply chain and logistics disruptions around the globe, impacts of the war in Ukraine and the challenges of renewed COVID shutdowns in China," said Douglas.

Company Decision to Cease Operations and Business in Russia

2. Although we provide forecasts for adjusted earnings per share, adjusted EBITDA and free cash flow (non-GAAP financial measures), we are not able to forecast the most directly comparable measures calculated and presented in accordance with GAAP. Certain elements of the composition of the GAAP amounts are not predictable, making it impractical for us to forecast. Such elements include, but are not limited to, restructuring, acquisition charges, and discontinued operations. As a result, no GAAP outlook is provided.