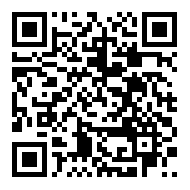 José Ubirajara Vieira Moreira, Researcher at Embrapa Soja, holds a degree in agronomic engineering (1998) and a master's degree in genetics and breeding (2000) from the Federal University of Viçosa (UFV/MG), as well as a PhD in genetics and plant breeding from the Escola Superior de Agricultura "Luiz de Queiroz” – Esalq/USP.

He is currently a researcher at the Brazilian Agricultural Research Corporation (Embrapa), based in Londrina/PR, specializing in soybean genetics and improvement. He also has experience in agronomy, with a focus on plant breeding, while working mainly on the registration and protection of cultivars, the genetic improvement of soybeans, quantitative genetics and the improvement of the functional attributes of soybeans.

To better understand the context of what a cultivar is, could you explain the definition of this nomenclature, according to Embrapa?

The terms cultivar and variety are similar. Theoretically, a cultivar that is a cultivated variety, which are plants of the same species that are uniform in their morphological and genetic characteristics, from their reactions to diseases and grain production stability. In summary, they are groups of individuals who are related by descent and are uniform in terms of phenotypic characteristics. In soybean cultivation, the cultivars are Pure Lines (Strains) that present genetic homozygosity (same genetic constitution), which are obtained by successive generations of self-fertilization.

How does the development of a new cultivars work?

The start of development is creating variability through crosses between parents that have the characteristics of interest for introduction into the future cultivar. In soybeans, the next step is breeding generations through successive self-fertilization to increase genetic homozygosity, therefore, increasing the same alleles in their loci to establish characteristics of interest. The third step is the selection of individuals with the agronomic biotypes of interest, which will be the future lines. The fourth stage is the process of generations, where the lineage undergoes agricultural experimentation to evaluate various characteristics of interest. At this stage, the value of cultivation and use of the strain in different environments are evaluated, to assess adaptability to various environments and production stability.

What motivates the creation of a new cultivar?

The development of cultivars aim to meet certain general and specific objectives to improve their qualities, such as increased production capacity, resistance to diseases, changes to production cycles and adjustments to production systems. At the end of the process, the aim is to deliver cultivars that are superior in terms of production and quality, to meet the demands of farmers and the various production systems involving soybean crops. Meeting these demands are the reasons for innovation and the creation of new cultivars.

How long does it take, on average, for a new cultivar to become popular and gain presence in the field?

The time for a new cultivar to become popular and gain a presence in the field depends on the joint actions of technology diffusion, marketing and commerce, in a bold and proactive way. Today, the national market for soybean cultivars is very disputed, and there are companies that launch good cultivars that can participate in different types of markets. But, depending on the capabilities of the company, it takes an average of one to two years after its launch for a cultivar to establish itself and gain a presence in the field. Some cultivars have a short timespan of 4 to 5 years after its market debut, while another small proportion of cultivars remain on the market for a longer time, reaching 10 to 15 years.

What are the main benefits of a newly-launched soybean cultivar?

The benefits can be as diverse as possible and are closely associated with the objectives for which they were developed. However, the major benefit is increased grain productivity, followed by the second, which is the greater resistance to the major diseases that present more severe problems to certain regions. In general, these two factors will ensure greater production stability of a new cultivar, while using fewer inputs, mainly pesticides, ensuring gains for the entire national soybean production system.