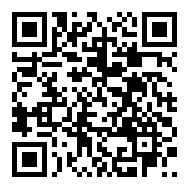 “Pakistan and China can build joint insect forecasting and monitoring labs and smart plant protection technology groups for sustainable pest management of field crops in particular in both countries. A scientific research Journal on Smart Plant Protection can also be started to serve as an esteemed platform to strengthen the research cooperation bilaterally and with other countries along the Belt and Road”, said Dr. Abid Ali, Assistant Professor, Department of Entomology, University of Agriculture, Faisalabad (UAF) in an interview.

Overall speaking, smart plant protection is a step forward to green control technology to achieve maximum output with an integration of different control methods, rational use of synthetic insecticides and labor, and reduced impact on the environment and nontarget organisms.

“Conservation of biocontrol agents and use of yellow sticky and pheromone traps, artificial intelligence like drones with rotary nozzles and sensors, genetic modification of plants and insects, these are all smart plant protection practices”, Dr. Abid Ali introduced.

Take cotton as an example. In Pakistan, more than 80% of total imported pesticides are used in cotton fields only. “It means there are a lot of opportunities for Chinese companies to launch their manufacturing units in Pakistan for biopesticides in Pakistan”, Dr. Abid Ali analysed.

He also recommended Chinese companies to invest in the mass production of biocontrol agents like predators and parasitoids in addition to mass disruption lures. “As people’s livelihood standards are rising, they prefer food that are organic”, he added.

Insect pests that are rapidly adapting to genetically engineered crops with changing climate poses a great threat for agriculture in Pakistan as well as other countries. Dr. Abid Ali holds that the ingenious strategy used in China entails growing of Bt cotton mixed with non-Bt cotton as a refugee can also be promoted in Pakistan to reduce resistance in the pink bollworm, a monophagus pest that feeds only on cotton.

“We need insect radar systems to detect the cross-border movement of the insects. In China, there are already such models that predicted the first adult entrance of FAW in its territory. We can also do that in Pakistan, to see how insects are traveling with winds from the Himalayas to Pakistan in the monsoon season”, said Dr. Abid Ali.