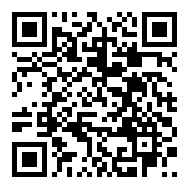 Ignacio Dominguez, President and CEO of ADAMA, said, "The first quarter has seen us deliver an extremely strong start to the year, with a combination of higher prices and continued volume growth. Indeed, over the past two years, we have seen robust demand for crop protection products as a result of high agricultural commodity prices and strong farmer profitability. Now in the first quarter, we are reminded once again that crop protection is a vital component in ensuring global food security. Uncertainties in the supply from Ukraine and Russia of agricultural inputs, such as fertilizers, as well as agricultural produce like wheat, barley and sunflowers, have increased concerns regarding food security. This encourages agricultural production in other geographies and exacerbates an already tight global supply of all agricultural inputs. We hope that the terrible situation in Eastern Europe reaches a peaceful resolution as fast as possible, and ADAMA is committed to play its role in ensuring food security, in this region and globally, while continuing to provide support to our people and our customers as they navigate through this very difficult time." 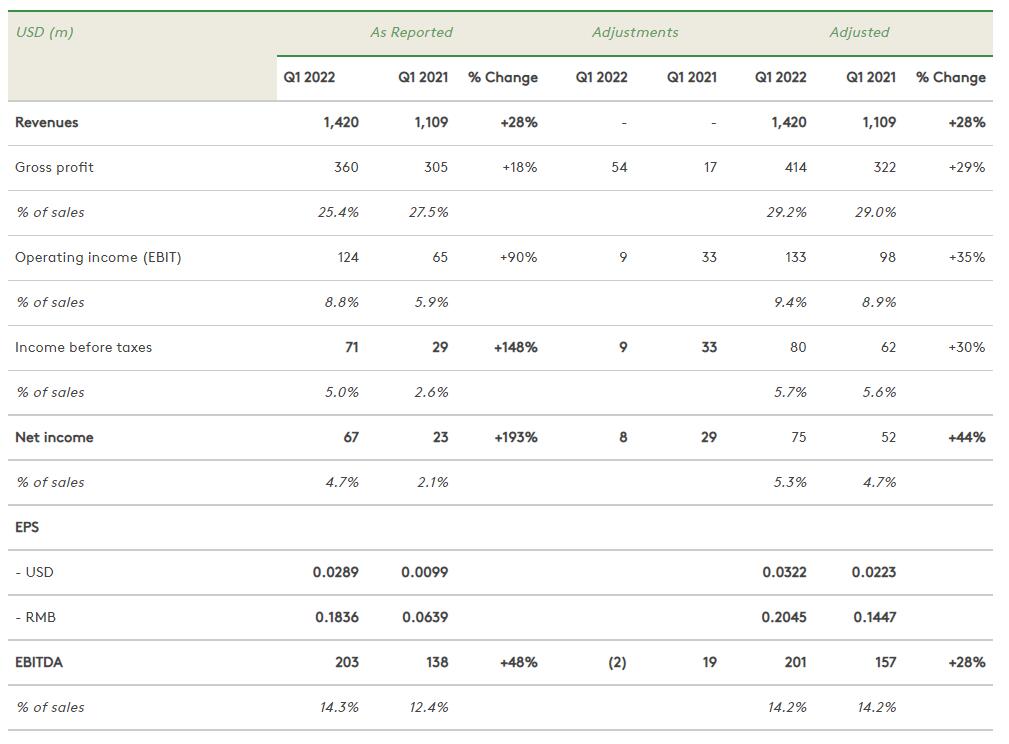 Crop prices increased sharply during Q1 2022 as a result of concerns regarding supply, due mainly to the Russia-Ukraine conflict, and also due to persistent dryness in parts of South America. Prices are generally expected to remain high throughout 2022, incentivizing another year of increases in global planted areas. As a result, crop protection demand remains strong globally as farmers strive to maximize yields in this high crop price environment. Farmers continue to face elevated production costs, mainly from higher fertilizer prices resulting from disruption to supply and tight availability caused by the Russia-Ukraine conflict, yet their farming activities are nevertheless still very profitable in most regions.

The challenging cost environment of 2021 has extended into 2022. Global energy prices further increased during the quarter, impacted by Russia's strong share of global gas exports. In addition, global freight and logistics costs have recently increased again due to oil prices going up, while the availability of shipping resources continues to be limited. Despite some easing in procurement prices for raw materials, intermediates and active ingredients in China during the quarter, prices are expected to remain generally elevated and could increase further due to production disruptions and tight supply in China as COVID-19 impacts the country. Strong global crop protection demand, as well as the high energy prices, may exert additional upward pressure on such procurement prices. Additionally, the availability of certain intermediates, such as co-formulants, has become uncertain as higher energy prices have decreased the economic viability of their production, causing a spike in their prices.

In line with ADAMA's efforts to differentiate its product portfolio through unique formulations, during the first quarter of 2022, ADAMA registered and launched multiple new products in markets across the globe. Among these were:

Revenues in the first quarter grew by 28% (+25% in RMB terms) to $1,420 million, driven by a significant 18% increase in prices, a trend which started in the third quarter of 2021. The markedly higher prices were complemented by continued strong volume growth (+14%), including the contribution of newly acquired companies, achieved despite supply challenges in the market, which were only slightly moderated by the adverse impact of exchange rate movements.

Europe: A strong performance in France, Romania and Poland, bolstered by good demand and high prices, more than offset a decline in sales in Ukraine, drought conditions in parts of southern Europe, and the adverse impact of exchange rates. The Company benefited from the sales in various countries of recently launched products POLEPOSITION® and TIMELINE® FX.

North America: The remarkably strong growth in sales in the first quarter was driven by the Consumer & Professional business, which experienced robust demand, allowing for price increases in light of concerns regarding potential shortages. This was further complemented by continued growth in US crop protection, driven both by higher volumes as well as higher prices, reflecting generally strong demand, especially in corn, soybeans, cereals and rice.

Latin America: Strong growth was achieved in Brazil due to early demand from farmers and higher prices, supported by good soybean and corn planting seasons, and despite drought conditions in the south of the country. This was complemented by demand for the Company's differentiated products, including the fungicides ARMERO™, ACROSS® and the herbicide ARADDO®, which are part of ADAMA's leading soybean protection offering.

Sales also grew in most of the countries of the wider region, driven by price increases, as the Company continues to strengthen its positioning throughout the region.

Asia-Pacific: The Company's rapid growth in Asia Pacific during the first quarter was led by the particularly strong increase in sales in China. The growth in China was led firstly by the sales of raw materials and intermediates, which continued to benefit from strong demand and high prices in light of ongoing tight supply following shutdowns in competing facilities due to environmental inspections and COVID-19, which has also disrupted and slowed down transportation. In addition, sales of ADAMA's branded, formulated portfolio in China also grew significantly, and were supported by a pleasing performance from the commercial activities and portfolio acquired from Huifeng at the end of 2020.

In the wider APAC region, strong sales were delivered in the Pacific region and in certain countries in the Far East, benefiting from favorable seasonal conditions, and despite the impact of the weakening of the Australian dollar.

India, Middle East & Africa: Sales in the region grew in constant exchange rate terms, mainly led by India, and despite the cold and rainy season in the Middle East and Africa which brought low insect and disease pressure. This growth is particularly noteworthy in light of a very strong first quarter in 2021 and was offset by the adverse impact of the depreciation of the Turkish Lira on the USD denominated sales.

In the reported results, as of Q4 2021, following recent changes in the guidelines in China, the aforementioned transportations costs and opex idleness have been reclassified from operating expenses to costs of goods (not impacting the operating results), while these expenses were not recorded in the cost of goods in Q1 2021, but rather in the operating expenses.

Additionally, certain extraordinary charges related largely to a temporary disruption of the production of certain products, were adjusted in Q1 2021. These charges have significantly declined in Q1 2022, as the relocation and upgrade of the manufacturing Jingzhou site in China has been completed and is now almost fully operational.

In the quarter, the significantly higher gross profit and improvement in the adjusted gross margin were mainly driven by the markedly higher prices, complemented by continued volume growth, all of which more than offset higher logistics, procurement and production costs as well as the negative FX impact.

Adjustments to reported results: please refer to the explanation regarding adjustments to the gross profit in respect to certain transportation costs and idleness.

Additionally, the Company recorded certain non-operational, mostly non-cash, charges within its reported operating expenses amounting to $5.7 million in Q1 2022 in comparison to $16.0 million in Q1 2021. These charges include mainly (i) non-cash amortization charges in respect of Transfer assets received from Syngenta related to the 2017 ChemChina-Syngenta acquisition, (ii) charges related mainly to the non-cash amortization of intangible assets created as part of the Purchase Price Allocation (PPA) on acquisitions, with no impact on the ongoing performance of the companies acquired, as well as other M&A-related costs and (iii) non-cash, share-based compensation (incentive plans). For further details on these non-operational charges, please see the appendix to this release.

Excluding the impact of the abovementioned non-operational charges, adjustedoperating expenses in the quarter were $281 million (19.8% of sales), compared to $223 million (20.1% of sales) in the corresponding period last year.

The higher operating expenses in the quarter primarily reflect a doubtful debt provision for trade receivables in Ukraine, higher transportation and logistics costs driven by both volumes being transported and an increase in freight costs, as well as the inclusion of recent acquisitions.

Excluding the impact of the abovementioned non-operational, mostly non-cash items, adjustedoperating income in the first quarter was up 35% to $133 million (9.4% of sales) compared to $98 million (8.9% of sales) in the same quarter last year.

Note: the sales split by product category is provided for convenience purposes only and is not representative of the way the Company is managed or in which it makes its operational decisions.