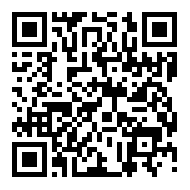 Copper resistance in bacterial leaf spot of tomato and pepper crops has been detected and more widespread than expected. While not surprising, copper resistance has been known to develop for decades now; however, this is the first time it has been confirmed in tomato and pepper crops across New Jersey. Copper applications for the control of bacterial diseases in many crops has been a mainstay for decades now and is often applied in weekly protectant fungicide programs. In 2020 and 2021, with help from Dr. Nrupali Patel and Dr. Don Kobayashi, bacteriologists in the Department of Plant Biology located on the New Brunswick campus, a small (NJ-VGA funded) survey was initiated to determine which species of bacterial leaf spot are most prevalent in New Jersey tomato and pepper crops. Bacterial leaf spot can be caused by four species of Xanthomonas: X. euvesicatoria, X. vesicatoria, X. perforans, and X. gardneri. Currently, there are four races of BLS found in tomato (T1-T4; one for each of the 4 species stated above) and eleven races found in pepper (0-10). Differential tests in southern New Jersey using various bell pepper lines over the past 15 years has suggested that the number of races of BLS in pepper has increased over time; with all races present in the State to date. Lab testing results from samples collected from the small number of NJ vegetable farms the last two summers has shown the presence of X. euvesicatoria in pepper, as well as X. euvesicatoria and X. perforans in both tomato and pepper in the state, with ~50% of all samples testing positive for copper resistance.

How do you know what species of bacteria are present on your farm?

The only way to determine which species of bacteria are present in tomato or pepper crops on your farm are to have them identified through laboratory methods.

How do you know what races of the pathogen are present on your farm?

That’s a difficult question to answer. Up to now, the only way to know is through differential testing. That means planting a number of different bell peppers with varying BLS resistance packages and monitoring which cultivars develop symptoms. For example, if you detect BLS development in Aristotle X3R (which has resistance to races 1,2, & 3); then you possible have races 4-10 present on your farm. If you were to plant Turnpike in that same field and you have BLS development in it, then you possibly have race 6 or 10 present, because Turnpike has resistance to BLS races 0-5 and 7,8,9. It’s extremely important to know what races of BLS are present so you can chose the proper cultivars to grow. Choosing the proper cultivar will do two things: significantly reduce the chances of BLS development and significantly reduce the number of copper applications on your bell pepper crop. As a note, there are a few non-bell peppers available with BLS resistance packages (see 2022/2023 Commercial Vegetable Production Recommendations Guide).

How do you know if copper resistance is present on your farm?

Growers who have used copper applications for controlling bacterial leaf spot in crops such tomato or pepper for many years should always monitor for efficacy. If you notice or have noticed a loss in copper efficacy over time, then there is a good chance copper resistance is present. Once copper resistance is detected, further applications will be unwarranted and ineffective. The only method to truly determine if copper resistance is present is through laboratory testing, however growers who pay close attention to efficacy should have a good idea if copper is still effective.

What can you do to mitigate bacterial leaf spot development on your farm?

For more information on this research and control options please click here to see presentation.