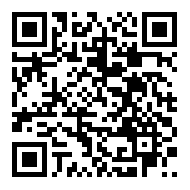 The Department of Plant Health and Agricultural Inputs of the Department of Agricultural Defense, from the Brazilian Ministry of Agriculture (MAPA), published Act No. 18 on April 19 in the Official Gazette of the Union, with a record of 28 formulated pesticides. Of these, two are unpublished active ingredients, one of which is considered low impact to the environment.

Among the registered chemicals, for the first time a product formulated based on the active ingredient bistrifluron will be offered to farmers. It is an insect growth regulator insecticide for the control of important caterpillars, with indication for use in cotton, citrus, corn and soybean crops. According to Anvisa's classification, this is a Class V product, that is unlikely to cause acute damage.

The product Hanaro® (containing bistrifluron), a patented insecticide from FarmHannong, was registered by Iharabras S.A. Indústrias Químicas (Ihara) in Brazil.

The mode of action of bistrifluron is to inhibit chitin synthesis, and it blocks molting of target larva and results in preventing the maturity to adult stages from the larva stage, and eventually the insect dies. FarmHannong mentioned that bistrifluron can provide a valuable tool for managing resistance caused by organic phosphates, carbamates, pyrethroids and others with this route of action. Hanaro also shows good performance against lepidopteran larva, such as cotton leafworm (Alabama argillacea), tobacco cutworm (Spodoptera litura) and, in addition, whiteflies such as Trialeurodes vaporariorum and Bemisia tabaci.

According to FarmHannong, Hanaro® was already registered in Korea, Japan, Australia, Argentina, Malaysia, Pakistan, and other countries.

More products approved for use in organic agriculture

In addition, there have been another three products approved for organic agriculture: one is BIOPALMIS (Palmistichus elaeisis), another parasitoid product from Morsoleto & Vicente Cano Ltda.; a second is biopesticide BEAUVE 100 (IBCB 66 isolate of Beauveria bassiana) and the third is HIZIUM 100 (IBCB 425 isolate of Metarhizium anisopliae), both products are from Oligos Biotecnologia Fabricação de Defensivos Agrícolas Ltda.

For the control of soybean Asian rust and target spot of soybean, the fungicide PLANITY (inpyrfluxam + tebuconazole) from Sumitomo Chemical do Brasil Representações Ltda. was approved. It is the third product based upon inpyrfluxam, which was approved in 2022.

Asian rust is the main concern of soybean farmers during the harvest. More fungicides with different modes of action are still urgently needed by farmers due to the development of resistance by the fungus. Products aimed at controlling Asian rust or soybean rust generated R$9.3 billion sales in the 2020-2021 crop season, an increase of 9.4% compared to 2019-2020 at R$8.5 billion, according to the study results published by the consultancy firm Spark Smarter Decisions.

Low impact products are important for agriculture, not only for toxicological and environmental aspects, but also for benefiting crops with insufficient phytosanitary support, since these products are approved to target pests and can be recommended in any crop.

The other products use active ingredients previously registered in the country. The registration of generic pesticides is important to reduce market concentration and increase competition, which results in fairer trade and lower production costs for Brazilian agriculture.

All registered products were analyzed and approved by the bodies responsible for health, environment and agriculture, according to scientific criteria and in line with the best international practices.

The complete list of approved products can be found here.