SuperBac, a leading biotech company in Brazil, plans to list on Nasdaq through a business combination with XPAC 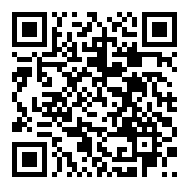 Founded in 1995 by CEO Luiz Chacon, SuperBac has over 25 years of accumulated R&D targeted at building knowledge and solutions using bacteria from the Brazilian ecosystem, the most biologically diverse country in the world. As a leading player in the biotech revolution, SuperBac seeks to disrupt traditional industries with more sustainable and efficient solutions through formulas developed by blending naturally occurring bacteria into breakthrough solutions. As an example, SuperBac's flagship product in crop nutrition, Supergan®, uses a bacteria blend developed by SuperBac that decreases by up to 50% the need for NPK fertilizer, while increasing productivity when compared to other premium fertilizers. With an expected net revenue of over R$1.2 billion in 2022 and an expected compound annual growth rate of 89% between 2020 and 2022, SuperBac is positioned for further expansion as a national leader in crop nutrition and is poised for diversification to crop protection and other sectors such as oil & gas, sanitation, home care and animal nutrition.

Luiz Chacon, the Founder and CEO of SuperBac (the "Founder") said:

"We believe that our target segments within the biotechnology market have significant potential to expand in the coming years, and that with this business combination, SuperBac is very well positioned to capitalize on growth opportunities. We understand that innovation and technology play a strategic role in driving sustainable growth and redefining the future of biotechnology, and SuperBac is at the forefront of this movement."

Chu Kong, the CEO and Chairman of XPAC said:

"The XPAC team is extremely proud to partner with SuperBac in this transaction. Luiz Chacon and his team have made SuperBac a leading biotech company in Brazil, starting from crop nutrition, a critical industry in Brazil, and we believe that SuperBac is strategically positioned to capture the surge of biological solutions set to take place in a variety of industries. We recognize this opportunity and the huge potential for significant growth to develop into a national champion in biotech for the agroindustry and beyond."