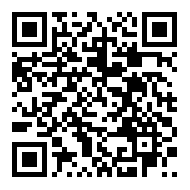 According to Bolsonaro, Brazil has a “fundamental role in global food security,” a fact confirmed by the plea of the World Trade Organization (WTO) requesting the country to increase its exports of agricultural products.

Bolsonaro said he responded by asking the WTO to maintain the flow of global trade in fertilizers and agrochemicals, so prices do not increase further. During the opening ceremony of Agrishow 2022 which was personally covered by AgoPages, Bolsonaro said the WTO responded by stating the world cannot survive without food from Brazil.

“Brazilian agriculture is working, and we have to keep doing so since our government does not want to interfere with those who produce,” he added.

“I was telling you, before the war broke out 10,000 kilometers away, I was talking to Russian President Vladimir Putin. I was criticized a lot for going there. We were treated very well. I talked for almost four hours with the President of Russia. Obviously, the subject of 'fertilizers' was part of our agenda,” he further added. After Bolsonaro, Marcos Montes, minister at the Ministry of Agriculture, Livestock, and Supply (MAPA), said “Brazilian rural producers continued to work” despite the COVID-19 pandemic.

“Due to the persistence of the Brazilian farmer, agribusiness has not stopped,” he said, adding there was no shortages in Brazil and, consequently, around the world, given the importance of the sector to other countries.

“Day and night and producing non-stop, agro has set an example for the whole of Brazil. Because of this, we are today inaugurating a fair that will generate business worth almost BRL 5 billion reais (USD 1.04 billion),” he further added.

In his opening speech at the fair, Francisco Matturro, president of Agrishow, highlighted the long and successful journey of the fair since 1994, when its first edition took place.

“Today, we are celebrating this great exhibition, due to the understanding of exhibitors who believed in our Agrishow and its outcomes,” he stressed.

“In this space, the largest agro fair in the world is showcasing exclusive launches, major trends, and advances in field connectivity for small, medium and large properties,” he added.

João Marchesanm president of the Brazilian Association of Machinery and Equipment Industry (Abimaq), highlighted the strength of the Brazilian agricultural sector, especially the field machinery industry, which places Brazil in a prominent national and international position.

“There was a lot of investment in the latter, which led to the modernization and increased production capacity of the agricultural machinery industry, which is prepared to meet the demands of national agro,” stressed Marchesan, highlighting Brazil’s self-sufficiency in the sector.

Agrishow paid tribute to researcher Marcos Landell, director-general of the Campinas Agronomic Institute (IAC). Several ministers from the Brazilian government also participated in the opening ceremony of Agrishow, as well as the president of the Caixa Econômica Federal bank and agribusiness sector leaders, deputies, mayors, and representatives of other authorities.

Agrishow will run until next Friday, April 29, with online coverage being provided by AgroPages, to bring the latest news from agribusiness.