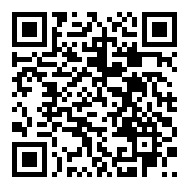 In India, there are more than 500 formulations registered, about 200 combination pesticides and 80 biopesticides registered. Supply of misbranded pesticide is a critical concern for the Indian government and can directly affect the agriculture production targets of the country.

There have been various reports highlighting the presence of spurious pesticides in the Indian markets. A few reports which came out in the last 5-7 years studied by Krishak Jagat claim that the share of spurious pesticide was to the tune of 30% by volume in some markets. The reports use various words like spurious, misbranded, substandard, counterfeit, non-genuine and illegal pesticides.

The Insecticide Act of India uses the term “misbranded” to define product with misleading or missing label content (registration number, representative statement, design/graphics and warnings). It includes product which imitate or are sold under the name of existing insecticide. The term misbranded also represents insecticide which has a toxicity level higher than prescribed or is mixed or packed with any substance which is not included in the registration.

Complaints received from various State Governments related to supply of misbranded pesticides during the last 4 years:

At present, 191 Central Government officers and 11,401 State Governments officers are notified as Insecticide Inspectors to check the quality of pesticides distributed/sold to the farmers by way of inspection of manufacturing firms/sale points etc. To ensure availability of quality pesticides, 70 pesticide testing laboratories (SPTL) and 6 State Bio-Pesticide Testing Laboratories (SBTLs) are established in 25 States and 2 Union Territories with a total annual capacity to test 77,660 samples.

Analysing the data of samples collected for quality control in the last 4 years concluded that 2.52% of samples were reported as misbranded. For the period 2021-22 (samples collected till December 2022), total samples analysed were 53,181 of which 1,530 were found to be misbranded. The data in the below table shows percentage of misbranded products, prosecution launched and accused convicted.

Offences related to import, manufacture or sale of ‘misbranded’ insecticides are punishable with imprisonment up to two years and/or fine between Rs. 10,000 to 50,000.

The government needs to push the annual testing capacity and sampling by many folds which will help maintain quality products available for the 12+ crore farmers in India. This will also strengthen India’s agriculture production capacity and self-sufficiency.