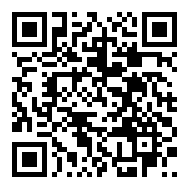 Ukrainian farmers have sown 2.5 million hectares of spring crops so far in 2022, 20% of the expected area, the agriculture ministry said on Thursday, adding that areas of intense conflict could see a drop of 70% of the sowing area.

Ukraine has said the 2022 spring sowing area could fall 20% due to the conflict.

The ministry said the decrease could reach 30% to 40% in the northern regions as they will need to be de-mined.

"The most difficult situation is in the temporarily occupied regions and where active hostilities continue: Luhansk, Donetsk, Zaporizhia and Kherson," the ministry quoted deputy minister Taras Vysotskiy as saying.

The ministry gave no 2022 grain harvest forecast or outlook for exports.

Ukraine is the world's largest sunflower oil producer and exporter, fifth-biggest exporter of wheat and in the top three for maize and barley.

The lack of Ukrainian grain on world markets has been pushing up food prices around the world.

Jakob Kern, the World Food Programme's emergency coordinator in Ukraine, on Tuesday cited estimates that 20% of planted areas in Ukraine will not be harvested in July and that the spring planting area will be about a third smaller than usual.