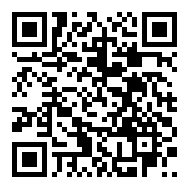 The next crop to be planted in Brazil is the winter wheat crop which is planted primarily in southern Brazil. The war between Russia and Ukraine has had a significant impact on world wheat supplies resulting in high wheat prices. Brazilian farmers are expected to take advantage of these high prices to increase their wheat acreage in 2022 despite higher production costs.

Wheat is one of the few crops in Brazil for which the country is not self-sufficient. Brazil usually produces about half of its domestic wheat needs with the remainder imported manly from Argentina. In 2021, Brazil produced 7.6 million tons of wheat and imported 6.5 million tons.

The two largest wheat producing states in Brazil are Rio Grande do Sul and Parana. Combined, these two states usually produce 90% or more of Brazil's wheat.

According to the consulting firm De Baco Corretora, farmers in Rio Grande do Sul are expected to plant 1.5 million hectares of wheat (3.7 million acres) with yields averaging 3,000 to 3,500 kg/ha (44,7 to 52.1 bu/ac) resulting in a production of 4.5 to 5.0 million tons compared to 3.5 million tons produced in 2021. Farmers in Rio Grande do Sul will plant their winter wheat in May and June and harvest the wheat in October and November.

Farmers in Parana have started the early wheat planting which will accelerate during the month of May. The wheat in Parana will be harvested during September and October. The Department of Rural Economics (Deral) estimated that the Parana will produce 3.87 million tons of wheat compared to 3.2 million tons in 2021.

The 2021 wheat production in southern Brazil was disappointing due mainly to a series of frosts that impacted the crop during its reproductive phase. Over the last several weeks, there have already been several episodes of frost in southern Brazil including last weekend, which is very early for temperatures this cold. If there are frosts in southern Brazil, they usually do not occur until June or July. Farmers in southern Brazil are hoping that these early frosts are not harbingers of things to come.

Wheat is the largest "winter crop" grown in Brazil and all the wheat in southern Brazil will be followed by a crop of soybeans.