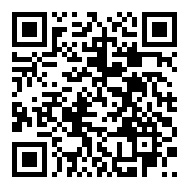 The team leader of the research team at the earlier stage used genome mining technology to isolate two phosphonic micro molecule antibiotics, argolaphos A and B, from the crude extract of Streptomyces NRRL B-24309. Both compounds lead to a peptide bond formation via AMP and the non-standard amino acid N5-hydroxy-L-arginine, whilst AMP forms the precursor micro molecule for synthesis of glyphosate. The research team has used the heterologous expression and biological method to identify the six structural genes (AlpG-L) required by biosynthesis of AMP, having studied the biosynthesis pathway (Figure 1), which provides a basis for the engineering approach via synthetic biology (Figure 2). Later, the research team used the promoter-insulator-RBS technique to improve the AMP yield out of Streptomyces lividans, enabling fermentation concentrations to reach 52 mg/L, which is 500 times greater than the original strain (Figure 3).

In addition, the research team has developed an efficient and practical chemical process to convert AMP into glyphosate. The research team tried two synthetic approaches (Figure 4). In the end, it was found that reductive amination in water results in a more efficient synthesis of glyphosate. At room temperature, α-pic-BH3 is used to complete reductive amination 1h of AMP with glyoxylic acid in H2O and AcOH, leading to a glyphosate of higher yield. The same reaction was conducted on a larger scale (1 g), leading to glyphosate of similar yield. The research has had sponsorship from the National Natural Science Foundation (31870050), the Synthetic Biology Development Fund of the Ministry of Science and Technology (2021yfa0910502) and the Minjiang Scholarship Program.