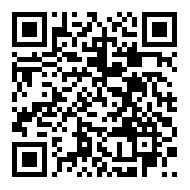 New regulations in England on genome edited field trials are now in effect, according to a news release from Rothamsted Research.

GE field trials are no longer required to run under GM regulations. This new rule makes it significantly easier for scientists to conduct their research and test the latest GE varieties in the industry.

Scientists must notify the Department for Environment Food and Rural Affairs (DEFRA) at least 20 days prior to the day of release. Therefore, researchers could see genome edited seeds in the ground as soon as 1 May of this year.

Professors Johnathan Napier and Nigel Halford, scientists who helped lead GM research in the 1980s, believe these new regulations are historic for the field, stated the release. “This might not seem like a big deal, but it is the first example of regulation being relaxed as opposed to increased and indicates the government’s enthusiastic commitment to genome editing and new genetic technologies,” said Napier, who began his work on GM plants in 1989 during his time at the University of Cambridge.

“Nigel and I have been in the GM plant business from the very beginning, and this change in regulation really is a big deal and something that is very welcome.”

The Prime Minister hopes for the UK to become, “a ‘science superpower’ by 2030,” according to DEFRA. These regulations are a great step towards that movement.

“It’s really heartening that the government has followed scientific advice on the classification of GE as non-GM,” said Professor Napier. “And it will hopefully help researchers develop new crops more quickly.”