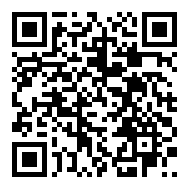 Bigger profits and better kill rates, that’s the promise of a new UK biopesticide which successfully completed field trials earlier this year – with 20 per cent more efficiency than its nearest rivals.

NemaTrident® CT is the first product to market for the UK’s Bionema, a spin out business from Swansea which is developing a new range of biopesticides products based on 20 years of scientific research. It goes on sale in March 2017 for vine weevil control in soft fruit and ornamentals and pine weevil in forestry.

Targeted at vine and pine weevil, the initial part of the trial programme was carried out in the forests of Wales, where the cold tolerant biocontrol agent, effective down to 8ºC, which uses naturally occurring insect parasitic nematodes (Heterorhabditis downesi) as its base, outperformed the market leader.

Later in the year it was tested against vine weevil in soil grown strawberry near farm in Herefordshire, where again it outperformed all of its major rivals – with a kill rate of 100 percent. This trial was ‘moderated’ by growers, agronomists, distributions and manufactures themselves, who took part in the final vine weevil trial assessment on the farm.

“The key to the success of NemaTrident® CT is the cocktail of ingredients we have used which, acting together, have radically altered performance,” said Bionema CEO Dr Minshad Ansari, speaking in AAB Conference: Advances in IPM 2016 in November this year.

Vine weevil, has been targeted first, a serious pest of soft fruits, it causes £40m damage to the UK horticulture industry yearly and £5 billion worldwide, and recent ban of the widely used insecticide Chlorpyrifos, also known by the trademark Equity exacerbates the problem.

“Our team assessed 17 of the best performing bio-control products and as the results were unearthed, at Pennoxstone farm, Hereford, more than 35 key potential buyers saw just how effective this ‘new’ method of environment friendly pest control can be,” said Dr Ansari.

“In truth there were no losers. What we conclusively proved is that biocontrol is staggeringly successful and, as pests become resistant to commercial pesticides, makes even more sense now for today’s farmers and horticulturalists,” said Bionema managing director Dr Minshad Ansari.

All the commercially available nematode tested provided up to 60 per cent vine weevil control in the strawberry trial, with 20 per cent higher kill rates when applied using a wetting agent.