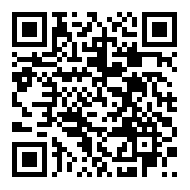 Ukraine, a major global producer of agricultural products, has banned exports of fertilisers given the Russian invasion, the agriculture ministry said on Saturday.

Ukraine has already banned exports of some agricultural commodities and introduced licenses for its key export goods - wheat, corn and sunflower oil.

It said the ban would help "to maintain balance in the domestic market" and applied to nitrogen, phosphorus, potassium and complex fertilisers.

Ukraine traditionally starts spring field work in late February or in March. Farmers say they will start sowing in safe areas as soon as they can.

Ukraine's President Volodymyr Zelenskiy said on Friday the country must sow as many crops as possible this spring, despite the Russian invasion.

The country's agriculture producers' union said this week farmers were likely to reduce areas sown to sunseed, rapeseed and corn this year, replacing them with cereals - buckwheat, oats and millet.

The agriculture ministry said Ukraine had exported 43 million tonnes of various grains in the 2021/22 season as of Feb. 23, the day before the invasion.