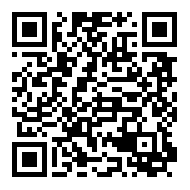 On May 19, Brazil’s government declared it would levy additional punitive anti-dumping tariffs on glyphosate originating in China in light of existing tariffs’ reported ineffectiveness, reports the National Business Daily.

Brazil’s announcement stipulates that Chinese companies can accept inspections within 20 days of the announcement date. A representative from Nantong Jiangshan Agrochemical & Chemical (600389) was quoted as saying that since it only learned of the trade measure on May 31, it has begun collecting data to decide whether or not to be inspected. The news source said that if inspected, the company would likely face a higher tax rate; if Jiangshan Agrochemical declined inspection, it would likely have to exit the Brazilian market.

A spokesman from Hubei Xingfa Chemicals Group (600141), an agricultural chemical producer, says that because of the tariffs, it does not have any operations pertaining to glyphosate in Brazil. However, it has not ruled out the prospect of creating a subsidiary in Brazil in the future in order to mitigate the tariffs.