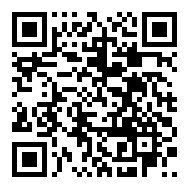 U.S. Agriculture Secretary Tom Vilsack said on last Thursday he hoped fertilizer and agriculture supply companies affected by the Russian invasion of Ukraine would not take unfair advantage of the situation, amid already high fertilizer and crop prices.

Fertilizer costs have soared due to rising demand and lower supply as record natural gas and coal prices triggered output cuts in the energy-intensive fertilizer sector. Russia is a major potash producer and exporter of natural gas, a key input in producing nitrogen fertilizer.

Still, Vilsack said it was too early to tell what the impact of the Russia-Ukraine crisis would be on U.S. farmers.

“It will take some time for impact to be felt. I hope that no company out there, whether it’s fertilizer or any other supply that may be impacted by this, will take unfair advantage of this circumstance or situation,” Vilsack said at a news conference. “That’s my biggest and deepest concern.”

Iowa is the top U.S. corn producing state, and U.S. farmers are expected to scale back corn plantings this year in favor of crops that require less fertilizer like soy.

Miller said his office is talking with other states about soaring prices.

“Data suggest that manufacturers are taking advantage of higher farm incomes to increase their returns, but we need more information,” he said.