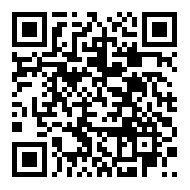 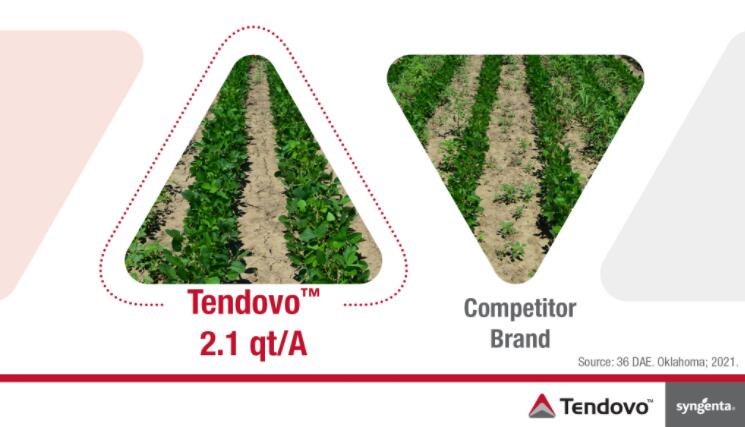 Syngenta announced that its new preemergence soybean herbicide, Tendovo™, has been registered by the U.S. Environmental Protection Agency (EPA) and will be available for use next season, subject to state approvals. The product is composed of three active ingredients: S-metolachlor, Metribuzin and Cloransulam-methyl.

Growers who use Tendovo can achieve early-season weed control without compromise. The first and only soybean three-way premix of its kind, Tendovo provides redefined early-season preemergence weed control, without the crop injury of competitive brands.

“We’re really excited to bring Tendovo to the market,” said Kevin Gesse, head of herbicide product marketing at Syngenta. “From a performance standpoint, it really stands out from the pack. The biggest thing growers will notice is that Tendovo stops early-season weeds but doesn't slow down soybean growth.”

“We’ve seen a 4 to 5 bushel an acre advantage in field trials with Tendovo1,” says Pete Eure, herbicide technical lead at Syngenta. “By controlling the tough weeds that compete with soybeans for sunlight, water and nutrients, Tendovo helps growers achieve superior potential yield and return on investment (ROI) at harvest.”

Overall, soybean fields treated with Tendovo thrive — regardless of soil type, tillage system, geography or genetic package — and do not experience the yield drag sometimes seen with other herbicides.

For season-long control and optimum yield protection, Syngenta recommends using Tendovo preemergence in a planned two-pass program. It can be followed by a post-emergence application of Sequence® or Tavium® Plus VaporGrip® Technology herbicide, the Syngenta dicamba herbicide premix.

“The trend toward earlier planting and the spread of herbicide resistance further increase the need to make a preemergence residual herbicide application, and that need will continue to grow,” Eure said. “We are excited to bring another valuable formulation to the Syngenta soybean residual herbicide portfolio. With this latest innovation, growers can now achieve ultimate weed management and maximum yield and ROI potential across any trait platform. Better yield with effective herbicides, like Tendovo, really is the better deal for growers.”