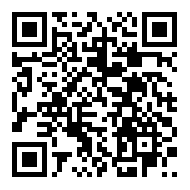 Bayer has applied to cultivate its next generation of genetically modified (GM) cotton seeds in India, government sources said, reviving plans to bring the high-yielding, herbicide-tolerant variety to the country.

Bayer, which bought Monsanto in 2018 for $63 billion, has resubmitted the application for Bollgard II RRF, signalling reviving interest from foreign seed, agricultural chemicals and farm technology companies in India, the world's leading producer of cotton, rice, wheat and an array of other farm goods.

After Monsanto's row with India over pricing and intellectual property rights, other global corporations in the agriculture industry decided to scale back investments and put off plans to introduce new seed varieties and farming technologies in India.

Bayer resubmitted the application seeking cultivation of the Bollgard II RRF variety in December, said the sources, who asked not to be identified in line with official rules.

"Bayer, through its local joint venture partner, has resubmitted the dossier for seeking regulatory approvals to introduce RRF in India," said one of the government sources familiar with the matter.

"Once the regulatory approval process starts, it might take a few years for Bayer to get the final approval."

Read the whole story at Reuters