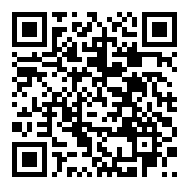 Nuseed, announced that it has entered into a long-term strategic offtake and market development agreement with BP Products North America Inc. (bp), an affiliate of BP p.l.c., that will see bp, or its affiliates, purchase Nuseed Carinata oil that it plans to process or sell into growing markets for the production of sustainable biofuels.

Nuseed Carinata is a non-food cover crop that can be used to produce low-carbon biofuel feedstock that is independently certified, sustainable and scalable.

Increased global demand for biofuels is being driven by the need to access sustainable sources of energy to help achieve global greenhouse gas (GHG) reduction targets.

“Sustainable biofuels have a vital role to play in decarbonizing transport, said Carol Howle, executive vice president, trading & shipping at bp. By working with Nuseed, we can use their sustainable feedstock to help decarbonize challenging transportation sectors such as aviation, supporting the production of sustainable aviation fuel (SAF) and other biofuels.”

The agreement is for an initial 10-year term and will see Nuseed continue to develop and expand its existing network of growers, channel and supply chain partners to deliver Carinata oil to bp or its affiliates, with key steps of crop production independently audited and certified. The Carinata oil will be processed by bp or affiliates through its bio refining footprint and also sold into growing markets for the production of sustainable biofuels, utilizing the global reach of bp’s Trading and Shipping (T&S) team to accelerate market adoption of Nuseed Carinata as a sustainable biofuel feedstock.

Mr. Zacharias noted, “The agreement between bp and Nuseed will assist with the rapid expansion of production, with bp standing as a committed buyer of feedstock and marketer of resulting fuels.”

bp is already an active participant in the biofuels supply chain. bp produces renewable diesel from biomass-based feedstocks, including in the United States where it recently announced a project to expand renewable diesel production capability to an estimated 2.6 million barrels a year in 2022. Globally, the bp group aims to more than double its bioenergy portfolio by 2025 – and to quadruple it by 2030 – compared to 2019.