Kalera to Go Public on NASDAQ through Merger with Agrico Acquisition Corp. 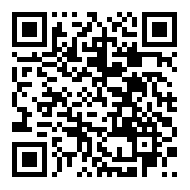 •    Transaction to result in Kalera becoming a publicly listed company on NASDAQ and delisting from Euronext Growth Oslo exchange during Q2 2022.
•    This all-stock transaction creates a combined company with an equity value of approximately $375 million on a fully diluted pro forma basis, assuming no redemptions from Agrico's shareholders.
•    Based on the common stock of Agrico Acquisition Corp. ("Agrico") at $10 per share, the transaction implies an exchange ratio of 0.091 for existing Kalera shareholders.
•    In addition to shares of Agrico common stock, Kalera shareholders will receive one contractual Contingent Value Right per share of common stock that will entitle them to receive up to two stock payments upon the achievement of certain milestones. Each stock payment will consist of shares representing 5% of the fully diluted equity of Kalera at the date of completion of the Transaction.
•    Agrico currently has $146.6 million cash in trust.
•    New capital is expected to provide Kalera with flexibility to fuel next generation of farms in the US and international locations.
•    Kalera has already secured support agreements from shareholders representing approximately 45% of its outstanding shares.
•    Curtis McWilliams to lead Kalera as Interim CEO; current Kalera management team will continue to operate the business.

Kalera AS ("Kalera"), one of the preeminent leafy green vertical farming companies and a leader in plant science for producing high-quality produce in controlled environments, and Agrico Acquisition Corp., a special purpose acquisition company (SPAC), today jointly announced that they have entered into a definitive merger agreement. As a result, Kalera will transition from its current Euronext Growth Oslo listing to a publicly listed company with its common shares traded on the NASDAQ stock market.

Curtis McWilliams, Interim Chief Executive Officer of Kalera, said, "Kalera and Agrico together form a team with the expertise to bring Kalera's fresh, clean and sustainable Local Living LettuceTM to consumers across the globe.  A tremendous need exists for healthy, sustainable, and surprisingly affordable food. At Kalera, we believe we have a business model that can bring nourishment across the globe while reducing environmental impact."

Brent De Jong, Chairman and Chief Executive Officer of Agrico, said "Kalera is already positioned as a leader in the vertical farming industry with its 10 facilities operating or construction nearly complete and Vindara, its seed business dedicated to controlled environments.  The proposed merger with Agrico positions Kalera to be the first leafy green vertical farm company to have a national footprint in the US and be able to reliably supply a national off-take contract while still being local.  The Agrico team and its scaling experience will supplement an already strong Kalera management team and Board of Directors."

Kalera's current management team and recently appointed Interim CEO Curtis McWilliams will continue to oversee the business, including the plan to further expand Kalera's global network of vertical farms. With four facilities operating and six more under construction, the company believes that the team is well on the path to achieving this vision.

Additional information about the proposed transaction, including a copy of the business combination agreement, will be provided in a Current Report on Form 8-K to be filed by Agrico with the Securities and Exchange Commission (the "SEC").