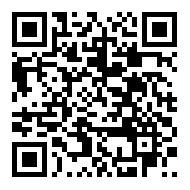 A recent publication in the journal Frontiers of Plant Science provides results of the first-ever study to test genomic selection in breeding for resistance to wheat blast, a deadly disease caused by the fungus Magnaporthe oryzae that is spreading from its origin in Brazil to threaten wheat crops in South Asia and sub-Saharan Africa.

Genomic selection identifies individual plants based on the information from molecular markers, DNA signposts for genes of interest, that are distributed densely throughout the wheat genome. For wheat blast, the results can help predict which wheat lines hold promise as providers of blast resistance for future crosses and those that can be advanced to the next generation after selection.

In this study, scientists from the International Maize and Wheat Improvement Center (CIMMYT) and partners evaluated genomic selection by combining genotypic data with extensive and precise field data on wheat blast responses for three sets of genetically diverse wheat lines and varieties, more than 700 in all, grown by partners at locations in Bangladesh and Bolivia over several crop cycles.

The study also compared the use of a small number of molecular markers linked to the 2NS translocation, a chromosome segment from the grass species Aegilops ventricosa that was introduced into wheat in the 1980s and is a strong and stable source of blast resistance, with predictions using thousands of genome-wide markers. The outcome confirms that, in environments where wheat blast resistance is determined by the 2NS translocation, genotyping using one-to-few markers tagging the translocation is enough to predict the blast response of wheat lines.

Finally, the authors found that selection based on a few wheat blast-associated molecular markers retained 89% of lines that were also selected using field performance data, and discarded 92% of those that were discarded based on field performance data. Thus, both marker-assisted selection and genomic selection offer viable alternatives to the slower and more expensive field screening of many thousands of wheat lines in hot-spot locations for the disease, particularly at early stages of breeding, and can speed the development of blast-resistant wheat varieties.