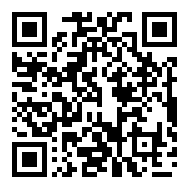 Azelis: Continues investing in development to become the leading provider of innovative solutions 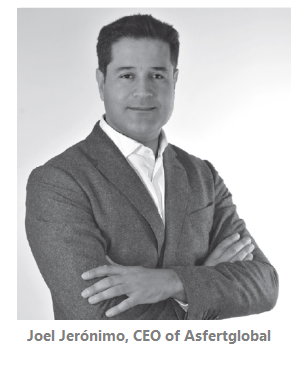 Asfertglobal develops biofertilizers and biocontrol solutions that are based on microorganisms and new organic molecules. Through international commercial teams, the company’s innovation serves local growers, and they are now operating in twenty-five countries.

In this interview, Joel Jerónimo (the CEO at Asfertglobal) talks about their core technologies and innovative products that add value to crops for the Chinese and American growers.

Could you please explain the core technologies developed by Asfertglobal?

Asfertglobal’s model put sustainability, knowledge and research as the main focus, which allows us to give response to the growing demand and to go forward on the leadership of biofertilization and biological crop protection.

Asfertglobal's R&D department, in partnership with the Faculty of Science of the University of Lisbon, has been developing technologies composed of many compounds tested for specific situations, depending on the type of seed/plant, soil characteristics and farmer's objectives, with the main objective of improving soil quality, improving plant assimilation through the two forms of assimilation: leaves and roots, in order to guarantee a sustainable agriculture with good yields.

What will be the next innovation developed by Asfertglobal?

Our I+D department is working on the development of new Biocontrol substances based on metabolites from the fermentation of microorganisms. This will be a new line of biotechnological fungicidal, bactericidal and insecticidal products with preventive and curative effects, with zero residue and approved for use in organic agriculture.

Asfertglobal has started selling products (such as Redusal) in China. Would you like to tell us about the advantages/benefits of the products?

Agriculture is one of China's most important economic sectors. It is the country with the highest rice production in the world. However, such high productivity comes at a cost. Chinese farmers use an average of 305 kg of nitrogen fertilizer per hectare per year - more than four times the global average. This, in turn, has contributed to soil degradation. China is now subject to the most severe soil degradation in the world, having direct consequences on soil salinization and acidification. With Redusal we will try to minimize the effects of salt on the plants, because it will provide the exchange of sodium ion for calcium ion in the clay-humus complex, restoring the soil structure, correcting blocking situations, and thus mitigating the salt effect on the roots.

In addition to Redusal, we have also started selling the Kiplant line, our line of nutritional deficiency correctors, organic based and composed by our ITM technology.

The ITM Complex – Metabolic Translocation Inducer – formulated with several substances naturally found in environment, composed of elements such as peptides, organic acids and carbohydrates. The interaction of these elements and their condensation effects make possible the creation of new structures able to facilitate the entrance of nutrients in the plant and their translocation to the organs that need them.

The ITM Complex also incorporates several structures with chelating effect on macronutrients and micronutrients. This property is achieved thanks to the fact that the ITM Complex has been developed to be similar in structure and properties, to the substances that the plant itself makes use in the absorption and translocation of nutrients.

Is there any demand from China’s market that will lead to the launch of a new product?

In the Chinese market we are currently doing trials of biofertilizers such as Mycoshell Tabs. We believe that this is the present and future of fertilization, not only in China, but all over the world.

The environmental problem associated with the overuse of conventional fertilizers, especially nitrogen and phosphorus, has become a form of pollution, as we mentioned before.

For this reason, it is becoming increasingly necessary to develop new methods of nutrient supply, such as the use of microorganism-based biofertilizers.

Sym-Agro will sell Asfertglobal’s line of high-quality zero-residue products in the Western United States. Would you like to talk about that product line?

The zero-residue line that Asfertglobal developed and will be sold by Sym-Agro is a line that meets our visions and goals which are to promote sustainable agriculture through natural solutions.

The products with which we began sales in the United States were Eckosil, Kiplant VS 04 and Cuperdem. We highlight Eckosil, a totally bioavailable Silicon in the form of Orthosilicic Acid, providing the plant with several effects such as resistance to fungi and insects and increased tissue resistance against extreme temperatures.

This is a pioneering product, based on various tests on different crops, that protects the crops, with no residues and without creating resistance in the plant.

Asfertglobal keeps expanding international business. What new markets will the company enter in the near future?

During this coming year, we will continue to expand business in the Mexican market and Central American countries such as Costa Rica, Dominica, Nicaragua, and Honduras. Strategic markets in the production of different crops such as avocado in Mexico, pineapple in Costa Rica, and Honduras, the largest coffee producer in Central America. And, recently, we started distribution agreement with Agristart, a leading supplier of unique products in the Mexican agricultural and horticultural markets.

This partnership will leverage the extensive distribution networks and represents another step forward in expanding Asfertglobal's portfolio of biostimulants and biofertilizers that will deliver value through efficient crop nutrient management.