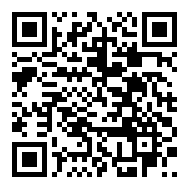 The CTNBio (National Technical Biosafety Commission) has just given the green light in Brazil to a technology for controlling weeds through genetic editing, according to first-hand information obtained by AgroPages.

The Brazilian regulatory agency has concluded that BioHeuris' CRISPR solution does not produce plants considered GMOs (Genetically Modified Organisms), according to an official decision.

Weeds have always been a primary concern for agriculture. Although farmers around the world are spending more than US$23 billion on herbicides to control them annually, new resistant weeds are spreading faster than ever. The problem is partly due to the repeated use of a limited number of herbicides. “There are more than 300 registered herbicides. Some of the greener ones control weeds but also damage crops,” CEO Lucas Lieber told AgroPages. “With our technology, farmers could start using a more diversified palette of herbicides that are safer for the environment, delaying weed resistance.”

The company has just completed a $4m investment from strategic partners and investors that started in 2016 to develop non-GMO herbicide-resistant traits in soybean, rice, cotton, alfalfa, and sorghum.

Using high-throughput protein evolution assays in microorganisms, BioHeuris can mimic in the laboratory in weeks what it would take hundreds of acres and years of field trials to accomplish. With this miniaturized state-of-the-art platform, thousands of plant gene variations can be discovered and ranked by the level of herbicide tolerance they provide.

To introduce these traits in crops they use a proprietary gene-editing technology based on CRISPR that does not generate GMO plants.

In 2021, Aphis and CTNBio, the regulatory agencies in the US and Brazil, concluded that products developed with the BioHeuris approach would not be considered GMOs. CONABIA, the equivalent agency from Argentina provided the same endorsement previously. In 2015, this country was the first to adopt a specific regulation for genome-edited crops. A couple of months later, BioHeuris was created.

“One of the key elements is that we implemented strategies in the pre-editing experimental design and post-editing screening to make sure no un-intended exogenous DNA remains in the final product,” Lieber said.

BioHeuris headquarters, both the plant facilities, and laboratories are located in the Rosario Scientific Park, Argentina, where most of the work is done. They are also scaling up operations in their US laboratory located in the Helix Center in Saint Louis, Missouri.

“With our platforms fully operational, time to market will be reduced by half and development costs cut 100 times compared to current GMO crops developed by the big seed companies. This not only makes BioHeuris attractive for our partners but also means we will be able to lower input costs for farmers,” added co-founder and Director of Strategy Carlos Perez. “We are building a gene-editing powerhouse to optimize commercial varieties of any company in 15 months with our weed control traits.”