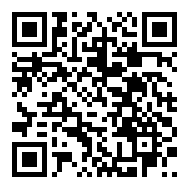 Farmlands are turning more saline due to climate change, rising sea levels, expanding drylands, and groundwater depletion. This crisis is exacerbated by unsustainable farming practices. The resulting loss in crop yield threatens malnourished populations across the globe. Therefore, scientists are finding ways to boost crop resilience to salt stress to safeguard food security on this planet. Plants as sessile organisms strive for survival upon salt-induced stress by prompting actions including the modification of root architecture, generation of ion pumps, and production of specific metabolites. Acclimation requires numerous stress signalling molecules such as those belonging to two important lipid classes, termed ‘phosphatidic acid’ and ‘oxylipins’. Earlier, Professor Chye’s research team had shown that the generation of phosphatidic acid signals could be facilitated by a Class II acyl-CoA-binding protein (ACBP). ACBPs are highly conserved in eukaryotes and bind acyl-CoA esters, the activated form of fatty acids in lipid metabolism. However, the processes that trigger the synthesis of oxylipins, the oxygenated derivatives of polyunsaturated fatty acids, and crosstalk between phosphatidic acid and oxylipin signals had remained elusive until now.

When Professor Chye’s team examined soybean roots in a salt solution, surprisingly Class II ACBP3 and ACBP4 variant proteins smaller than the native forms emerged during the first few hours of treatment. “These proteins were truncated because their pre-mRNAs were cut and rejoined in an atypical way, commonly known as ‘alternative splicing’. Luckily, we caught them at the right moment to discover this phenomenon never before seen in plant ACBPs,” commented Professor Chye.

Her research team found that the overexpression of the native and truncated ACBP4 rendered soybean hairy roots more salt-sensitive and salt-tolerant than the control, respectively (see Figure 1). Similarly, transgenic Arabidopsis overexpressing truncated ACBP3 were more salt-tolerant than the control, while transgenic Arabidopsis overexpressing native ACBP3 and ACBP4 were more salt-sensitive (see Figure 2). From microscopy, molecular and biochemical analyses, a model (see Figure 3) was formulated to illustrate the mechanistic role of ACBP3 and ACBP4 in activating the generation of oxylipin signals, as well as crosstalk between oxylipins and phosphatidic acid during signalling. Professor Chye briefly explained: “Oxylipin signals are generated by lipoxygenases. Under normal conditions, the enzymes are inactive when they complex reversibly with ACBPs and acyl-CoAs. Under salinity, the enzymes are activated when phosphatidic acid and truncated ACBPs compete for binding with the components of this complex, which eventually dissociates.”

Professor Chye hopes to unveil other components in the oxylipin signalling mechanism to further understand the salinity response. Apart from that, her team is currently exploring the potential of enhancing salt tolerance in soybean and other plant crops by a genetic engineering approach. If this innovation is successfully implemented, crop yield will be less impacted by soil salinity to promote food production in view of climate change. Professor Chye also expressed that there is no greater honour than receiving an endowed professorship established with a generous donation from Dr Wilson and Mrs Amelia Wong for using plant biotechnology to ensure food supply for a sustainable future.

About the research team

The research team was led by Professor Mee-Len CHYE, Wilson and Amelia Wong Professor in Plant Biotechnology from the School of Biological Sciences at HKU. This project was conducted in collaboration with Professor Hon-Ming LAM, Choh-Ming Li Professor of Life Sciences at The Chinese University of Hong Kong and Director of the State Key Laboratory of Agrobiotechnology (CUHK). Dr Terry Shiu-Cheung LUNG, Research Assistant Professor from the School of Biological Sciences at HKU, is the first and co-corresponding author of the journal paper. Other HKU scholars who contributed to this research include Ms Sze Han LAI, Dr Haiyang WANG, Ms Xiuying ZHANG, Dr Ailin LIU, and Dr Ze-Hua GUO.