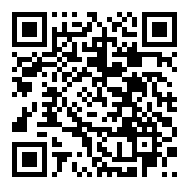 Waterhemp is one of the most troublesome agronomic weeds in the midwestern U.S., where it has rapidly evolved resistance to multiple herbicides.

To learn more, researcher Patrick Tranel from the University of Illinois conducted multiple field and greenhouse experiments to confirm dicamba resistance, quantify the level of resistance and determine whether it is an inherited trait.

The results of his research, which are featured in the journal Weed Science, confirm what is believed to be one of the first instances of dicamba resistance in waterhemp. The herbicide controlled no more than 65 percent of the population under study, compared to at least 90 percent control by glyphosate and glufosinate. Greenhouse dose-response experiments indicated a 5- to 10-fold level of resistance to dicamba.

To learn more, you are invited to read the article “Characterization and inheritance of dicamba resistance in a multiple-resistant waterhemp (Amaranthus tuberculatus) population from Illinois”