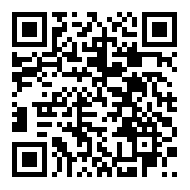 Chinese agrochemical  company Lier Chemical announced that its 2021 net profit had increased by 63% or above, benefiting from the increase in sales and the price of major products such as glufosinate.

According to an information source of the company, “Due to the rising market demand in major countries and the limited supply on the market, the glufosinate market remained tight last year, and the price rose. We are optimistic about the growing glufosinate market and strive to maintain our competitive advantage. We estimate that the market will be still good next year.”

According to the performance preannouncement disclosed on the evening of January 4, Lier Chemical predicted that its 2021 net profit was attributable to shareholders of listed companies between Yuan 1billion - 1.080 billion, which will be an increase of 63.34% - 76.41% over the previous year. The company said that in 2021 it overcame the impact of unfavorable factors such as the suspension of production at the main production base and the supply chain fluctuation. It effectively improved the work safety and environmental compliance management and made every effort to ensure production and supply. Coupled with the increase in sales and price of the company’s main products, the company achieved a significant year-on-year increase in business performance.

In 2021, glufosinate production was not desirable due to the insufficient supply of intermediates. On the other side, the decline in the operations of individual manufacturers due to unexpected emergent situations led to a short supply of glufosinate. In addition, the substantial price rise in basic chemical materials added to the cost of production, which contributed partly to the price rise of glufosinate. The average price of glufosinate was Yuan249,800 per ton, increasing 72.71% year-on-year that year.

Since December 2021, due to the difficulty of downstream industries in accepting the high prices and the decline in raw material prices, the demand in the Chinese domestic market declined, and so did the price of glufosinate to some extent. As a result, the glufosinate price is expected to gradually go down this year, a reasonable price regulation.

Lier Chemical’s management said the glufosinate price rose in 2021, mainly due to the suspension of production at some of the manufacturers. However, if the pandemic situation improves this year, more manufacturers will return to normal production standards leading to a possible increase in production and a decline in the price.