Analysis of cold plasma influence on production of organic bio-stimulants 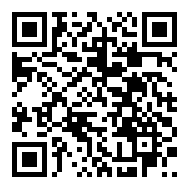 A novel finding using cold plasma for agricultural production was considered in the journal Sustainability. A huge impact can be made by using this new innovation.

Agriculture has evolved into a sector with a significant effect on the environment. Agriculture's involvement in the classification of inventive bio-stimulants stems from the intensive quest for planning and preparation derived from natural materials.

This is not feasible without formulating and delivering technological innovations, such as cold plasma, as well as innovative farmer-supporting technologies. The considerable increase in global consumption for feed and food appears to be putting additional strain on this sector of the economy.

As a result, research into potential novel products that stimulate crop growth, advancement, and yield, as well as explanations of the mechanisms at work, has prompted efforts to ensure food supply as well as sustainable and streamlined agricultural production.

Despite encouraging scientific studies, it appears that farm owners have a limited selection of such products on the market and that purchasing and using them is expensive. Another issue is that popular bio-stimulating products are generally aimed at horticulture and fruit extraction.

There is also major worry that commercial applications are rarely suggested for use in the crop production of high-protein or leguminous crops (due to a lack of data about these plants, procedure dates, or suggested doses in different application techniques). As a result, scientists are developing next-generation bio-stimulants, which will provide a tailored and dedicated agronomic instrument to meet the requirement for alternative ways based on the novel, biologically active, and ecologically friendly substances that support biodiversity in agro-ecosystems.

In recent times, there has also been a surge in interest in cold plasma in agricultural production, for applications including seed treatment for earth crust contamination discharge or germination stimuli.

This technology is regarded as a tool to assist agriculture in transitioning to organic farming systems. Plasma stimulation of biostimulants could also be a solution to modern agriculture's problems, which are linked to adjustments in European strategies.

The use of such bio-stimulants appears to be a practical solution, as it combines the impacts of promoting the growth and development of plants with the protection of the environment. However, no experiments with enabled bio-stimulants on agricultural crops have been performed, and the potential of the cold plasma itself, while significant, appears to be underutilized in agricultural applications.

As a result, examining its effect on the production of natural bio-stimulants appears to be a promising future direction. Because allelopathic plants are a source of many compounds that promote crop growth and yield, combining the extraction of bioactive molecules with plasma stimulation of the procured extracts may provide the most advanced alternative to conventional agriculture.

Nevertheless, its practical application will be possible only after a serious examination of the mechanisms underlying crop responses to such bio-stimulants. If the collective forces of scientists in plasma chemistry and physics, as well as agronomy and plant physiology, are successful, any use of plasma-activated bio-stimulants could have a significant impact on addressing the environmental, financial, and social challenges of feeding an increasing population.

Over several decades, plant physiologists have been interested in the atmospheric cold plasma because of its ability to increase plant life and acceptance to abiotic and biotic stress. Cold plasmas are partially ionized gases made up of UV photons and reactive nitrogen, o2, and hydrogen organisms.

This technology is regarded as an eco-friendly alternative for increasing crop yield. The implementation of plasma technology, as well as the combined effect of plasma and seed bio-treatment, fosters a high potential for value-added procedures in seed production techniques.

Cold plasma had a negative effect on fungal pathogens, as evidenced by the direct treatment of fungal colonial possessions growing in vitro, which also showed significantly less growth, mycelial weight, and sporulation than non-treated colonies.

Supplemental experiments were carried out on good health soybean seeds in order to explain the system view of cold plasma on plant growth that is unrelated to pathogen control. Plasma has been shown to stimulate water absorption during germination by physically and biochemically modifying the seed coat structure via the action of its active compounds.