Brazilian beans want to be ‘green protein’ of the world 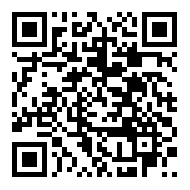 Brazil is preparing to launch a massive international campaign to promote beans as the “green protein” of the world, potentially replacing those already on the market with advantages.

Various actions, promotions, and events are about to be launched in this regard, and several partnerships are being signed so that the Brazilian beans can succeed around the world. 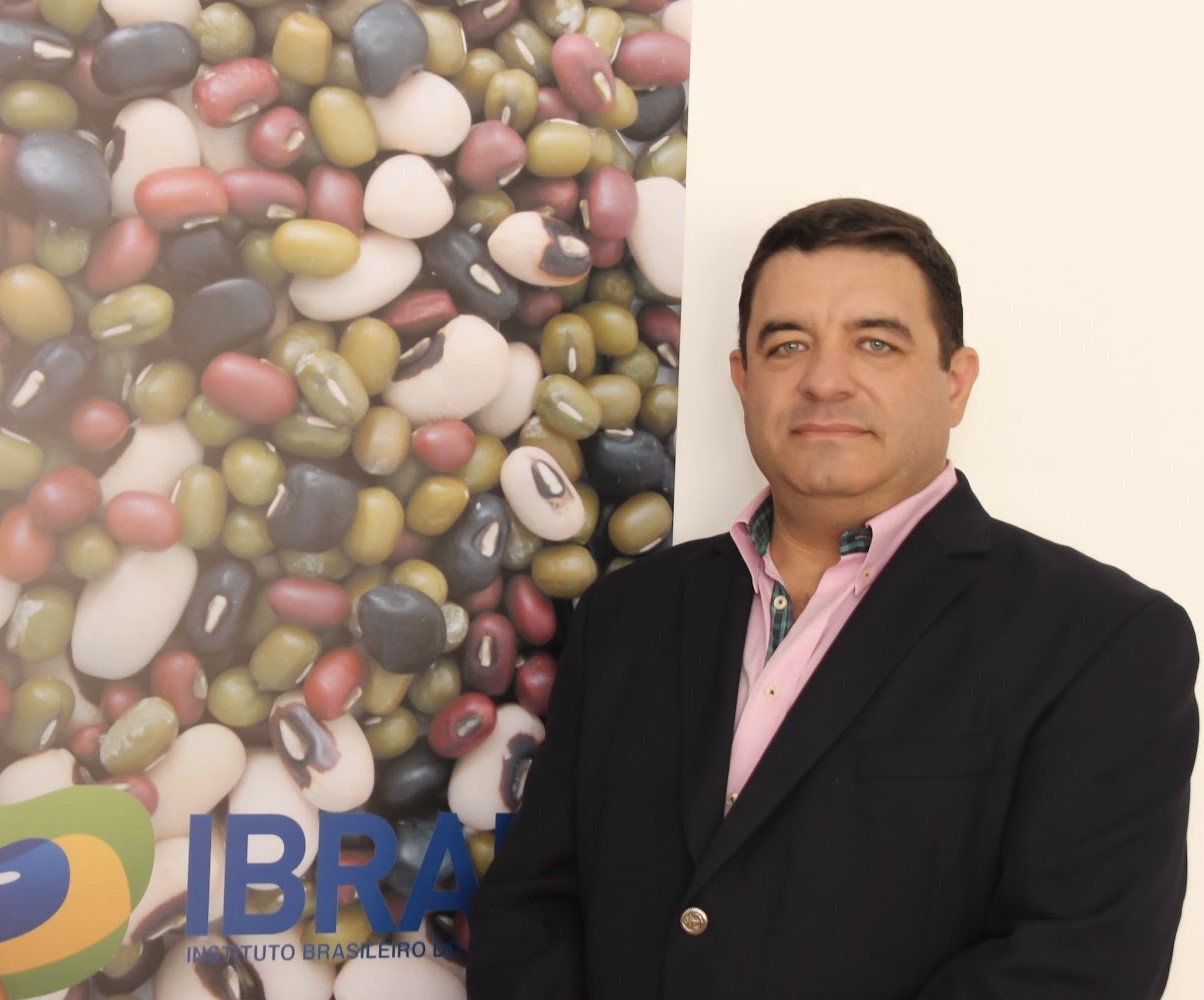 The Brazilian Beans and Pulses Institute (Ibrafe) revealed to AgroPages that it had signed a project together with the Brazilian Export and Investment Promotion Agency (Apex) for the sale of 200,000 tons of Brazilian “green protein”. According to Marcelo Lüders, President of Ibrafe and representative of the Global Pulse Confederation (GPC) in Brazil, 60% of the investment will come from Apex, linked to the Brazilian Ministry of Foreign Affairs, with the remaining 40% from the exporters themselves. “The exporting companies intend to reach 500 thousand tons between pulses and special harvests by 2025,” he commented.

For this to happen as quickly as possible, Lüders says that some partner companies already recognise foreign lands to implement the Brazilian product in the international market. For example, when asked about the limit for beans in the vegetable protein market, he said that it does not seem to “exist”, as the sector is starting from scratch and has partnerships already familiar with this type of product.

“R.S. Blumos Carnevale, a company with whom we signed an agreement to focus on the inclusion of carioca beans in vegetable strips or vegetable meats, as they are known, is currently visiting European countries to assess the demand for protein concentrates. This after having launched one of the largest companies in the world in partnership with BRF, for the production of animal proteins, which has been investing in the production and distribution of plant proteins,” the specialist said in conclusion.

If Ibrafe's plans materialize, the financial return could be substantial large for Brazilian bean producers, as the returns could make them millionaires. “This is perhaps the most important opportunity after the rise of commodities. A product that did not have many alternatives for use beyond traditional consumption is suddenly discovered as the way to feed humanity. I believe that the full dimension will only be properly evaluated over the years,” Marcelo said.

This justifies the statement that vegetable meats are not just for vegans, on the contrary, the Institute believes that, sooner or later, everyone will be consuming this type of food. Among the main reasons is the need for more sustainable food production and less aggression to the environment.

“Everyone will consume. For reasons of principle, like vegans, or for economic reasons due to the cost of animal proteins. By 2050, climate change will not be sufficiently mitigated without dietary changes to more plant-based diets. Adopting more 'flexitarian' (semi-vegetarian) plant-based diets worldwide could reduce greenhouse gas emissions by more than half and also reduce other environmental impacts such as fertilizer application and the use of arable land and fresh water, from a tenth to a quarter,” he explained.

One of the markets, Europe in general, was reducing consumption of beans each year until about five years ago. Since then, the availability of versions for quick preparation and, above all, the pandemic now, is bringing a shift in consumption. Plant Protein and the pandemic will be a watershed, Marcelo said.

Brazil: the country of beans

With a diet based on oilseed consumption, Brazil is among the world’s largest producers and consumers of beans. The country has three pulse crops and has a potential for growth in the second crop, which is planted around February of each year, and every year registers idle areas that could be used more.

“From an economic point of view. We understand that the process with pulses to transform them into vegetable protein is rational. This process involves protein concentration. Beans have 20% protein on average, and when concentrated, we reach 40%. Since we are already exporting beans, for example, we can optimize logistics because where ocean freight currently arrives with 25 tons in a 20-foot container, twice as much protein will arrive for the same amount,” he emphasized.

With all this demand, even targeting exports, the domestic market cannot be forgotten by Ibrafe, and, according to Marcelo, it will not. “In capitalism, our role is to produce at the best possible cost and for the government to create conditions so that the population has the income to acquire it. The Ministry of Health understands that the population must have access to different types of beans. It does not make sense if we can produce more than 15 different cultivars and the consumption is mainly concentrated in Feijão-carioca,” he explained.

“So, to increase internal consumption, we can generate surpluses and communicate to the population through campaigns that they have this possibility to vary the beans, and more, to vary the recipes or the way to consume them. For this reason, we have sought to produce varieties that meet what consumers in Brazil already know and more than that, that also have a world market, such as "rajados", friars, reds, mungo adzukis, in addition to advancing the research and production of other pulses.”

In Brazil, the main pulse is beans, which has been standing out because research has advanced new varieties, which allows us to produce in practically all states all year round. “Thus, with the prospects for exporting grain and plant-based, the biggest Achilles' heel in the sector, which is liquids, is guaranteed. If there are conditions for private sector investment in research, the sector will evolve even faster. Institutions such as the Brazilian Council of Feijão and Pulses (CBFP) have constantly defended the sector's interests in Brasília, and this has enabled the sector's rapid manifestation with the government, maintaining dialogue so that political representation and voice can be maintained,” he said.

The country produces around three million tons annually, but it knows it needs to increase domestic production. The most planted beans are the Rio beans. This type only has output in Brazil and there is no way to encourage producers to cultivate and generate surpluses without putting them at risk of selling below the cost since there is no consumption of this bean in any country in the world.

The indications that next year the national crop should grow little, as well as the assessment presented by Ibrafe of a methodology for evaluating the monthly flow of crops, was seen with enthusiasm by traders and producers. It estimates each month what will be harvested and consumed, and it is already being used regularly by the agency.

Among Brazil’s products developed based on bean protein are bread and flour for confectionery, ice cream, vegetable strips (vegetable meat), FEIjo bread, which does not contain cheese. We should have a flood of products in the next two years in this scenario. “As some depend on protecting investments through patents, we are not clear about what all will be presented in the coming months,” he pointed out.

“Studies in the sector indicate that there will be countless new foods developed with these proteins. From sports drinks to fortified juices, and some grains are surprising for new products such as mung beans, which have been used to replace eggs. Chickpeas as a milk substitute in products such as ice cream,” he added. Currently, the pulses that are in demand in Brazil and around the world are expensive, such as chickpeas, lentils, black and red beans, for example, but Ibrafe believes that increasing the offer will have a fair price that will give more alternatives to the consumer.

According to a study published in the Journal of the American College of Nutrition, consuming beans reduces the risk of abdominal enlargement by 23% and the risk of obesity by 22%. “Those who consumed beans had lower body weight and smaller waistline compared to non-consumers. In addition, bean consumers had a 23% reduction in the risk of increasing waist size and a 22% reduction in the risk of being obese. Furthermore, consumption of cooked beans was associated with lower systolic blood pressure,” the study reported.

A study published in the Canadian Medical Association Journal showed that pulses such as beans, lentils, chickpeas, and peas are associated with lower levels of bad cholesterol (LDL) in the blood. “Our results suggest that dietary pulse intake significantly reduces LDL cholesterol levels. Longer duration tests and superior quality are needed to verify these results,” he said in conclusion.