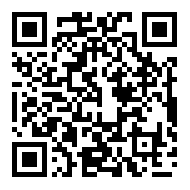 The Spanish company, Atlántica Agrícola, closed the year 2021 with a stronger position in Latin America and the US. Based in the city of Villena, the company also announced four new product registrations covering Colombia, Peru and Mexico.

According to Atlántica Agrícola, these records are for the formulation of botanical extracts that will be launched in 2022, and more novelties are planned to be presented to the market, one in Chile, three in Ecuador, and seven in Costa Rica.

Atlántica Agrícola, which operates internationally in nutrition, biostimulation and plant protection, has been present in Latin America for 40 years and has five subsidiaries in Costa Rica, Peru, Mexico, Honduras and Guatemala. Last year, it registered a 4% increase in sales and 14% in profits.

The company also opened a subsidiary in the US in 2020, where it has seven new registrations for biopesticides products based on botanical extracts. Records are in the following states: Florida, Washington, Arizona, Iowa, Michigan, North Dakota and Oregon.

Recently, Atlántica Agrícola announced a new CEO, Marta Gutiérrez, who has the challenge of leading the “international expansion, digitization and integral transformation that the company requires in the coming years.”

"I take on this new position with the responsibility and the hope of contributing to the transformation and growth of Atlántica Agrícola, while reinforcing its commitment to its employees, customers and other stakeholders, and developing high-performance experiences and flexible methodologies that offer excellence, quality and innovation, and always focusing on the development of a conscious business model based on people, responsibility and sustainability,” she said.

Atlántica Agrícola's flagship biopesticide line is the “Biocontrole” line, formulated based on botanical extracts from different plant species whose natural substances have a biocidal effect. These products offer a wide range of alternative solutions for the agronomic management of crops and protect plants against attacks by various pathogens, such as nematodes, insects, fungi and bacteria, without leaving residues or requiring re-entry periods.

“Twenty five years ago, we started pioneering botanical extracts or 'plants that cure plants,’ and we are currently studying new ways to make agriculture more technical, by looking at methodologies, products, systems and services that, in an integrated way, enable us to regenerate the soil and ensure crops are healthier and that farmers, within the concept of agriculture 4.0, which is the horizon we are moving towards and is healthier and more ecological,” Gutiérrez added.