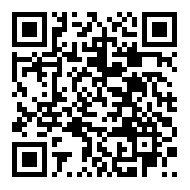 The year 2020 has witnessed a dramatic increase in India's herbicide use and is deemed as an herbicide boom year for India. Will the trend continue this year? Since the end of 2020, news has been reported that insecticide-focused Indian agrochemical companies have been increasing their herbicide production capacity, which is noteworthy for relevant companies.

2020 was an herbicide boom year for India. The farm labor shortage became prevalent during COVID-19, triggering a shift in cropping patterns, such as direct seeding in rice, in states such as Punjab and Haryana. This, coupled with the abundant rainfall in the monsoon season, contributed to a sharp increase in herbicide use across the country.

It is uncertain whether India's herbicide boom will continue. Indian farmers’ protests against farm bills have been ongoing since September 2020, which caused another wave of farm labor shortage. Many agrochemical makers are expecting a spurt in sales of herbicides as farmers are seen depending more on chemicals such as glyphosate and pretilachlor to reduce their cultivation costs amidst labor shortage and protect their yields. In addition, the monsoon this year also fueled the sales of herbicides.

Rallis’s herbicides segment registered a growth of 24% in FY 2020-21. It exhibited a good performance with higher offtake in sugarcane, soybean and wheat on account of the good monsoon and timely rainfall. The buoyant Rabi season boosted sales of paddy herbicides in South India. Continued up-stocking of raw materials to avert production disruptions due to potential supply chain issues and price hike. 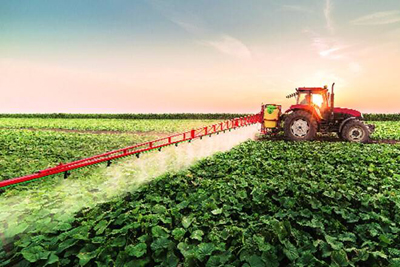 “The herbicide market has been good and there is a huge demand. Whenever there are more rains, the demand for herbicide goes up. This year, the pre-monsoon showers have been good and the monsoon is also predicted to be good,” said Rajesh Aggarwal, Managing Director of Insecticides (India) Ltd, which earns about 30 per cent of its revenues from herbicides. “The farm labor shortage triggered by COVID-19 crisis has created more problems for farmers in states such as Punjab, Haryana, Gujarat and Maharashtra, who depend on migrant laborers from the eastern parts of the country. Also, with the manpower becoming more expensive by the day, farmers have to depend on the use of chemicals,” Agarwal added.

Dhanuka Agritech Limited recently launched specialized herbicides for cotton and soybean crops. The company told investors on a recent conference call to announce earnings that it sees a huge opportunity in this sector as farmers are using more chemicals to protect their harvests from weeds. Nearly 31% of Dhanuka’s revenue comes from herbicides.

In December 2020, UPL announced the opening of a state-of-the-art manufacturing facility in Jhagadia, Gujarat, India, to produce clethodim herbicide. The facility is fully automated and DCS controlled, including the latest process technologies in the chemical industry. Through in-house production, UPL will leverage its manufacturing capabilities and cost leadership, making clethodim more widely available to farmers across multiple geographies and crops.

The development of clethodim aims to provide safe and effective solutions to enhance farmers’ resiliency in the planting process and meet their demand for increasing yield because many weeds have developed resistance to glyphosate, a commonly used herbicide. This investment has significantly improved UPL’s competitive position and strengthened its market leadership in this key molecule.

Raj Tiwari, Global Head of Supply Chain and Manufacturing at UPL, said that UPL is excited to increase the production of clethodim to support the growing demand. Along with its in-house manufacturing production, UPL will continue to leverage its strategic external manufacturing partnerships already in place as a key part of its strategy to meet the needs of growers globally.

Meghmani Organics Limited (MOL) is engaged in the production of agrochemicals and pigments. The company’s agrochemical production plant is located in the Gujarat Industrial Development Corporation (GIDC) Park in Panoli, Ankleshwar and Dahej sub-districts of Bharuch, Gujarat.

MOL commenced the commercial production of the following two plants on November 25, 2020:

This agrochemical formulation plant cost Rs. 250 million to build. MOL expects to achieve an additional turnover of Rs. 1.50 billion on full year’s operation of this plant. MOL is also planning to set up a multipurpose plant at Dahej at the cost of Rs. 3.1 billion, and the plant is expected to be commissioned by Q4 FY2022.

In January 2021, the Hemani Group announced that its prestigious project of sulfentrazone technical will become operational in September 2021. The plant with a monthly capacity of 200 tons is located at the latest developed GIDC Site at Sayakha, Bharuch. The construction is on-going in full swing and is expected to be completed as scheduled. This plant will be a state-of-the-art facility, with DCS controls.

Sayakha is a newly developed chemical zone in the State of Gujarat. In addition to sulfentrazone, metribuzin technical has been manufactured since October 2020, and prosulfocarb technical was launched in February 2021. The Metribuzin technical plant and the prosulfocarb technical plant have an installed capacity of 1,200 tons and 5,000 tons per year, respectively. The entire site is going to be a herbicide site and marks a major step for the group to diversify into herbicides. Hemani also produces two other herbicides – metamitron technical and dicamba technical – at its Dahej Plant. That makes it the largest producer globally of pyrethroid insecticides with its plants at Dahej, and is fully backward integrated.

For its future projects, Hemani has acquired another larger site at Sayakha, which will be the largest site for Hemani in its history.

In February 2021, Punjab Chemicals announced that it had successfully started the production of prosulfocarb technical in Derabassi (Punjab) Plant. Currently, the plant has a manufacturing capacity of 3000 tons per annum. The company obtained its production capacity for prosulfocarb through a successful technology transfer with a Southeast Asia partner.

Punjab Chemicals was established in 1976 by the late S.D. Shroff. The company produces quality herbicides, fungicides and insecticides for direct sales as well as on an exclusivity basis for various multinational customers based in Europe, Israel, Japan, China and India. Along with the in-house manufacturing, the company will continue to leverage its existing plant for a “strategic contract manufacturing partnership” and has signed such exclusivity arrangements for newer and patented products with global innovator customers.

Punjab Chemicals is one of the world’s largest manufacturers of metamitron through its backward integrated plant both for export and indigenous market (exclusive local registration). Some of the key technical products in Punjab Chemicals’ manufacturing portfolio include ethofumesate, diflufenican, lenacil, cyanazine, tebuconazole, and fenpyroximate.

India will pile up 10,000t/a production capacity for glufosinate technical

According to statistics, global sales of glufosinate were US$920 million in 2019 and are expected to exceed US$1 billion and reach US$1.05 billion in 2020. With a steady compound growth rate of 12% in the last decade, it has become the second-largest herbicide for GM crops in the world, maintaining a relatively rapid growth on the demand side.

According to our in-depth investigation, an Indian agrochemical company is about to launch a 10,000t/a glufosinate project, for which the G-Strecker Process which is popular in China will be adopted. The process is illustrated as follows: 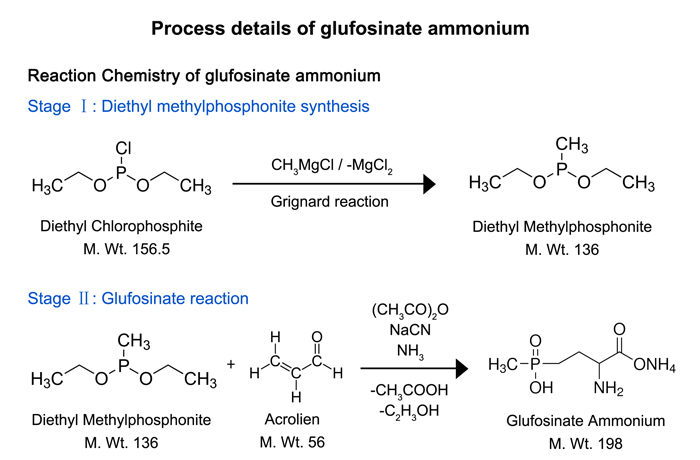 Indian agrochemical companies entered China long ago and have captured some of the Chinese market. As of August 20, 2021, Indian companies have obtained 81 ICAMA product registrations, including 20 herbicide products. The main companies are UPL, Gharda, Rallis and Sumitomo Chemical Co., Ltd., Japan.

This can be interpreted as Indian companies are opening up a new supply chain model, with which Chinese companies will be used as OEM manufacturers and Indian companies will act as exporters so that the dependence on the supply of intermediates and TCs from China can be avoided. In this regard, it is worthwhile for relevant companies to attach considerable attention. 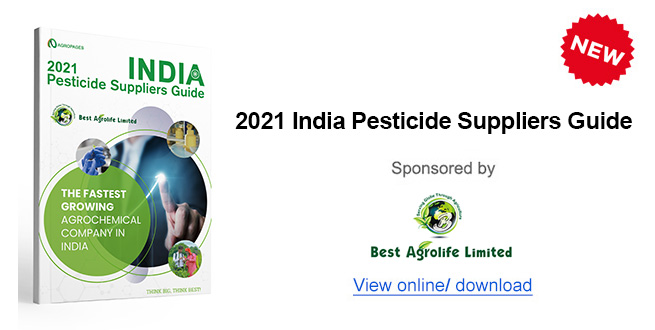