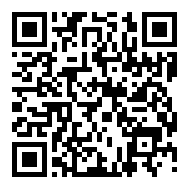 According to a survey by Grupo Az, along with the soaring prices of fertilizers and herbicides that have deteriorated the input/output ratio for the 2021-22 crop in Argentina, a series of international factors generated strong input inflation, leading to Argentine farmers losing their purchasing power.

With problems such as the crisis in China's energy supply and the sharp rise in gas prices in Europe, glyphosate continued its upward trend causing shortages in the Argentine market. There is also a political component to the barriers in importing inputs to Argentina. The lack of products mainly affected smaller producers, who could not close the advance purchase of inputs.

“The input market has exploded. In the beginning, it was just fertilizers, but now agrochemicals are flying through the air. Energy problems, closed factories, skyrocketing logistics costs, and commodities have generated an explosive cocktail that is sending chemical costs skyrocketing. Unfortunately, many [suppliers] are not replacing these amounts, so it is almost certain that this will lead to a shortage," a source in the local market warned.

According to the Business Chamber of Agrochemicals, Seeds, and Related Distributors of Buenos Aires (CEDASABA), “In general, [inputs] are missing”, while noting that glyphosate is one of the most complicated. “If the producer is looking for something in particular and succeeds, he has to guarantee it,” commented the union that groups and represents the companies that distribute agricultural inputs: phytosanitary products, seeds, fertilizers, and other inputs from the province of Buenos Aires, since 1997.

Matias Amorosi, market analyst and manager of Grupo Az, confirmed the complications in the input market. At the same time, he warned that it was essential to analyze the last substantial rise in fertilizers and herbicides, which was in 2008, "when input prices soared, but were even lower than this year."

At that time, “it took more than a year to lower the price of fertilizers. However, international factors will continue to exist, and the drop will not be seen in the very short term.” In this context, Grupo Az stated that the increase in inputs impacts the purchasing power of soy, wheat, and corn.