China’s TrustChem to engage in research, development and marketing of biopesticides 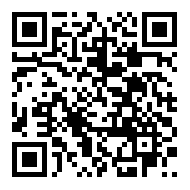 TrustChem has reportedly bought out some of the biopesticide patents of Jiangsu Academy of Agricultural Sciences. The two sides will cooperate in the research, development and marketing of biopesticides.

A research team led by Liu Fengquan of the Institute of Plant Protection of Jiangsu Academy of Agricultural Sciences will focus on Lysobacter capsici and Bacillus subtilis, of which Lysobacter capsici is a new biocontrol bacterium that is still to be fully studied and developed.

The research team could isolate the most promising antibacterial active substance (HSAF) from Lysobacter enzymogenes. At the same time, two kinds of HSAF-based biocontrol products (gel agent and aqueous agent) have been developed, which have a 75% control over the fungal pear rot and scab, which is equivalent to the effect of chemical pesticides. So far, the relevant achievements have resulted in eight national invention patents.

As regards Bacillus subtilis, since 2014, Liu Fengquan’s research team has screened multiple Bacillus strains from different habitats with promising application prospects. Bacillus altitudinis ST15 is one of the multiple strains with a specific antagonistic effect on rice xanthomonas (rice bacterial blight and rice bacterial stripe). According to field trials, Bacillus altitudinis ST15 has a special effect against these two rice bacterial diseases, which, if twice applied, will enable 60% of control. The control is equivalent to chemical pesticides. It can also promote rice growth and improve the drought tolerance of rice seedlings. This year, the research achievements associated with the strain have also been granted national patents.

According to estimates, the global biopesticide market will grow at a compound annual growth rate of 10% in the next few years. By 2025, its production value is expected to reach US$8 billion or above. The growing concern from the public over the environment, agricultural product quality and safety has brought biopesticides valuable momentum and chances of development. China
# Participating companies in 2021 CPEW #
Trustchem: Embracing the Spirit of Entrepreneurship and Innovation to Grow With Customers
Follow